THE LE CINEMA AWARDS or The Alternative Oscars® 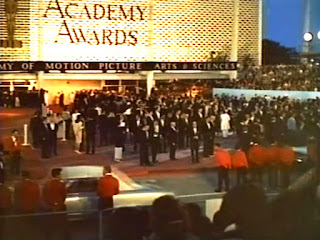 Since I was a kid, The Academy Awards has been my Super Bowl. Then, with only three major televised award shows representing the arts: music (GRAMMY), theater (TONY), & film (OSCAR); the Academy Awards had the cachet of representing real, old-fashioned Hollywood glamour. Because I wasn't allowed to stay up to watch The Tonight Show, or play hooky from school and watch The Mike Douglas Show, the presence of movie stars on the small screen was still enough of a rarity to make Oscar Night an occasion of near-religious ritual for my sisters and me.

Searchlights scanned the Los Angeles/Santa Monica skies, fans screamed from bleachers, Army Archerd asked industry-centric fluff questions (still preferable to that tedious "Who are you wearing?" crap), and movie stars—definitely "on" with their scripted casual banter—gave acceptance speeches devoid of laundry-list recitations thanking publicists, agents, and hairstylists. The atmosphere of the broadcast was by turns glamorous, cheesy, self-congratulatory, fun, reverent, and phony as hell. I wouldn't have it any other way. 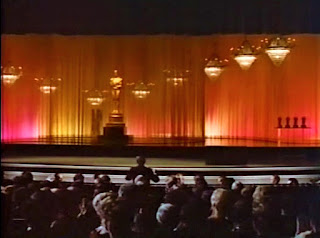 Even in my youth I could tell awards were handed out for artistic achievement as much as for popularity, cronyism, and moneymaking; but its inconsistencies and lapses in taste all just seemed to fit with my concept of the movies, anyhow. Part pop-culture diversion, part art form, movies and the film industry have always been a captivating contradiction. You'd have to look to politics to find a larger collection of phonies and anything-for-a-dollar sellouts; but at the same time it's an industry capable of producing some of the most moving, enduring, exhilarating, and life-altering art. Go figure.

These days I still get excited about The Oscars, but I've lost my youthful naiveté. Watching it has become a ritual of tradition more than devotion. I enjoy the pomp, the spectacle, and self-parody (there is no soul more self-serious than the movie star transmogrified into an artist), and I certainly enjoy the ever-present potential for disaster or an unexpectedly memorable moment. But my best contemporary Oscar Night experiences have been when my partner and I take advantage of the ghost town atmosphere of Los Angeles on Oscar Day and spend it out and about, DVRing the Oscar telecast for viewing later in the evening when we can fast-forward past the windy acceptance speeches or sound-alike Best Song nominees.
My earliest memory of The Oscars is 1967 when I was nine-years-old and my family and I watched the 39th Academy Awards in the living room on our ginormous black & white Console TV set. It was the year Elizabeth Taylor won for Who's Afraid of Virginia Woolf? and the year I remember vividly because I had to give a Current Events report on the telecast in front of the class in school the following day. I also remember it for this Las Vegas-y rendering of the theme song from Georgy Girl by Mitzi Gaynor (this is my first time seeing it color). I've never missed an Oscar telecast since.
In honor of the 50th Anniversary of my first known exposure to the The Academy Awards, I offer my non-essential alternative: The Le Cinema Awards. An obdurately subjective prize of merit awarded exclusively to films, performances, and artistic contributions which failed to garner an Oscar nomination. And so as not to encompass the entire history of cinema from its inception, the only films eligible for consideration of a Le Cinema Award are movies from my personal DVD collection. I haven't included any comments with the films listed, as many have already been written about on this blog (highlighted) or will be in the future.
There is no individual "Best" prize awarded, each of the five films entered in each category granted WINNER status by virtue of inclusion.

AND THE AWARD GOES TO...


Do you have a favorite film, performance, or behind-the-scenes artistic contribution that failed to get a much-deserved Academy nod? Would love to hear about it. What's on YOUR list?