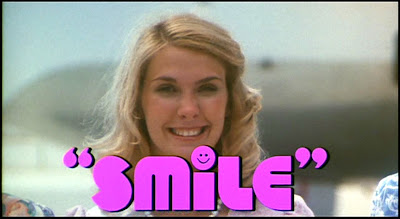 The topics for satirical films come in three categories: 1. Overdue — health care (The Hospital, Robert Altman’s H.E.A.L.T.H.), rock & roll (This is Spinal Tap), regional theater (Waiting for Guffman); 2. Overdone — television (A Face in the Crowd, Network), Los Angeles, (Shampoo, S.O.B); and 3. Overripe — soap operas (Soap Dish), country music (Nashville), and beauty pageants (Drop Dead Gorgeous).
Understandably, it’s the latter two categories which pose the biggest challenge. For while public familiarity with the subject works to the filmmaker’s advantage, the potential for arriving at a suitably unique perspective to warrant yet another swipe at a favored pop-culture whipping-boy is statistically low. This is especially true of subjects that have, in one way or another, already become parodies of themselves.

Beauty pageants occur in every corner of the world, but it’s the American beauty pageant—with its discomfiting and vaguely unwholesome co-mingling of sex objectification, patriotism, Las Vegas vulgarity, and beauty-myth perpetuation—that looms strongest and most pervasively in the minds of the public. For as long as I can remember (even before the Women’s Lib '70s came along and forever pasted the stamp of “anachronistic, sexist, meat parade” on the whole practice) beauty pageants have struck me as curiously absurd rituals. Unabashedly kitschy, yet immensely entertaining, albeit for all the wrong reasons. I’m sure that someone, somewhere, is gladdened by the spectacle of eerily similar, Stepford-perfect women with lacquered hair and joyless smiles, trotted out, conveyor belt fashion, for our appraisal. As for me, few things look as cheesily ludicrous as a woman in a bathing suit wearing heels. The silliness of which is compounded tenfold by said woman being quizzed about government policy and solutions for world peace at the same time.
For all the talk of celebrating inner beauty and scholastic achievement, I’ve not seen a single beauty pageant yet able to surmount the built-in incongruity of a “show” designed to display and reward that which is unobservable. Aware perhaps that there’s just no way to ethically reconcile a human competition  that bears more than a passing resemblance to a 4H Club prize heifer fair, beauty pageants always try to bump up the intellect and culture quotient. A decision which manifests in talent segments heavy on jarringly divergent high-brow/folksy mash-ups (e.g., classical pieces played on an accordion, baton twirling routines to pre-recorded recited poetry), and squirmingly awkward Q & A segments wherein contestants are required to answer preposterously weighty questions on the spot. You may not be able to show intellect and you can’t show a big heart, but what you CAN show is plenty of T & A and lots of smiles, smiles, smiles.
*(Males aren’t immune to this lunacy, either. I once attended a bodybuilding competition, and aside from everyone there trying like mad to ignore the insistent homoeroticism of it all; I was made aware of how the contest as such [which is little more than your standard beauty pageant bathing suit competition on steroids—literally] seems to exist in this strange limbo where it’s neither sport nor full-out sideshow attraction. Divested of even the pretext of being about anything more than physical appearance, bodybuilding contests are the only real beauty pageants left.)

Smile, Michael Ritchie’s smart and thoroughly delightful evisceration of beauty pageants (vis a vis small-town America in the post-Watergate years) is that most sought-after of satires: one which sidesteps the obvious and clichéd, landing on all that is surprising and fresh. Its humor hits the mark without resorting to unnecessary exaggeration or cruelty, and the observant, laugh-out-loud funny screenplay by Jerry Belson spares no one. Well, that’s not exactly true. One of the things I like best about Smile, which concerns itself with the mishaps surrounding the mounting of a regional teenage beauty contest, is that the film’s most obvious targets, the contestants, are treated rather sympathetically.
While affectionate fun is poked at everyone involved (with the harshest light shed on the adults who behave badly and should know better) there’s a refreshing lack of mean-spiritedness in this little-known but rather miraculous small film.


WHAT I LOVE ABOUT THIS FILM
The lampooning of something as already over-the-top silly as a beauty pageant (a teen one, at that) runs the risk of leaving the satirist with nowhere to go. Smile is such a welcome exception to the rule because it consistently throws us a curve every time things start to look like they’re headed down a predictable path or angling for the easy satirical target. For example, the pageant choreographer, who I’d expected would be another tiresome gay stereotype, is portrayed by real-life Tony Award-winning choreographer Michael Kidd (Guys & Dolls, Lil’ Abner) as something like a sardonic Teamster. Expecting to laugh at the expense of Smile’s unsophisticated teen contestants and the usual small–town vulgarity, the film’s gentle tone and genuine affection for its characters caught me nicely off guard.

PERFORMANCES
I remember once thinking that Bruce Dern must have had one hell of an agent. At one time the go-to guy for every loose cannon nutjob in every B-movie that came down the pike; sometime in the early '70s (I think it was after he killed John Wayne—yes, John Wayne—in The Cowboys) Dern began to crop up in a lot of seriously A-list movies playing normal, if not sympathetic, guys. It’s like he completely changed his image overnight and became a top-flight, Oscar-nominated star in major motion pictures. It appeared as though he would continue on that course until an ill-timed return to type playing a psycho tattoo artist in the unappetizing Tattoo (1981) put him back on the character actor track again. Dern has never really been my cup of tea, but there’s no denying his obvious talent. And in Smile he gives perhaps his most accessible and likeable performance.

On the other hand, I've been crazy about Barbara Feldon since her days as Agent 99 on TV’s Get Smart. Here, as the starchily efficient pageant supervisor, Feldon mines (as Mary Tyler Moore did in Ordinary People) the dark side of all those “perfect on the outside” types so commonly held up as ideal images of American womanhood. She's good in that way that so often happens when actors are creatively cast against type.

THE STUFF OF FANTASY
My favorite part of any beauty pageant is the talent competition. In Smile, that still applies. 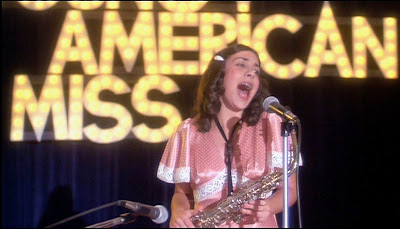 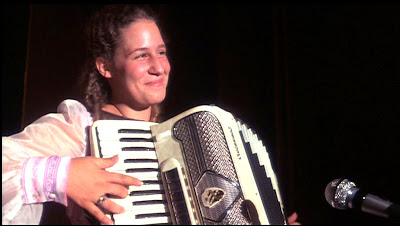 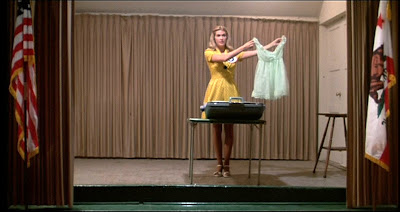 Talent competition: Saxophone and voice, the accordion (of course),
and how to pack a suitcase.

THE STUFF OF DREAMS
Ruce Dern plays Robert Freelander. Known to everyone in the town of Santa Rosa, California as “Big Bob,” Robert is a pillar of the community and one of the beauty pageant’s biggest boosters. A member of the JC and several fraternal clubs, Robert owns “Big Bob’s Motor Home City” where he optimistically sells gas-guzzling trailers and RVs during the oil crisis. His idea of a romantic getaway for him and his wife is to take a trip to Disneyland, and he is trusting and honest to the point of naiveté. Relentlessly cheerful, optimistic, and a firm believer that a little hard work will make everything OK, Robert is essentially America as it liked to imagine itself to be before Watergate.

Like America in the mid-'70s, Robert suffers a “crisis of confidence” when forced to confront the less-than-perfect realities of the world around him, and the uncertain value of all the things he’d heretofore convinced himself were valuable. As heavy-handed as this might sound, Smile shows its true mettle in how deftly it handles the thematic metaphor, and Bruce Dern is a little heartbreaking in how well he conveys Robert’s crestfallen bewilderment.

Recently I've been seeing these Alain de Botton / Anthony Burrill art posters around town which read: “Pessimism is not always deep and optimism is not always dumb.”  With a great deal of humor and sensitivity, I think Michael Richie’s Smile made that very same point some 37 years ago. 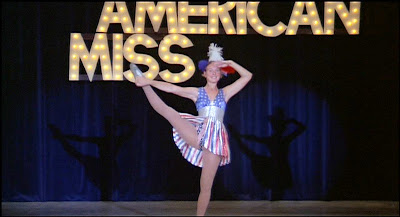