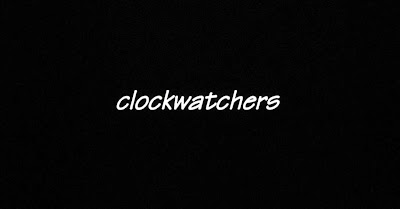 It boggles the mind (in the words of All About Eve’s Addison DeWitt, an admitted “dull cliché," especially since I don’t really know what a mind boggled is) how few people know about Clockwatchers; one of my absolute favorite workplace comedies.


Predating Ricky Gervais’ The Office (2001) and the cult film Office Space (1999) by several years, Clockwatchers is alarmingly unheard of, unknown, and rarely, if ever, talked about. How can this be? I’ve seen it many times and it never once ceases to make me laugh out loud at the accuracy of its satirically-rendered characters, dialog, and situations. Clockwatchers is the most wickedly perceptive comedy-of-white-collar-manners I’ve ever seen. Even taking into account that my personal taste in movies can be a little bit off-beat (falling somewhere between Benny Hill overkill and Robert Altman blink-and-you'll-miss-it) I'm still surprised at how unknown and unappreciated this marvelous film is.

The office workplace depicted as a soul-sucking vacuum of corporate trivia elevated to levels of monolithic significance is nothing new. Indeed, in these times of staggering unemployment, the characterization of standard-issue workplace drones as satirical archetypes has become a useful means of dealing with our anxieties. (Who minds being out of work when these are the kind of people one has to deal with?)
But if the colorless monotony of typing, filing, collating, and answering phones is a mind-numbing reminder of the probable meaninglessness of life, then Clockwatchers ups the ante by adding expendability to the mix. Clockwatchers is about temporary office workers—Temps: Individuals whose by-definition job description and title signifies built-in impermanence, placing them at the very bottom of the corporate food chain.

Together, this oddball quartet bravely weather the suspicious/hostile environment of 9 to 5 existence among the “permanents,” forging for themselves a kind of rebellious strength through solidarity. That is, until the unaccountably disruptive appearance of a mysterious new executive assistant named Cleo (Helen Fitzgerald). Cleo arrives like some kind of reluctant-to-make-eye-contact Greek Goddess of Doom whose mere presence triggers an ever-escalating series of reactions and events.
As unfocused suspicions give way to an honest-to-god workplace mini-crime wave, the film's second half dramatizes (in both comic and poignant terms) the tenuous nature of attachments. Attachment to a job you don't even like, because it at least gives you a place where you can pretend you're needed. An attachment to friends who feel closer than they really are because of the forced intimacy of 9 to 5, 5-days-a-week.

WHAT I LOVE ABOUT THIS FILM
Kurt Vonnegut, in speaking about the Nixon administration, made the following observation: “You all of a sudden catch on that life is nothing but high school—class officers, cheerleaders, and all."

Anyone who’s worked for any length of time at an office job (make that ANY job) knows this to be true. I don’t care if we’re talking lawyers, doctors, dancers, or fast-food servers; it’s all the same. The petty hierarchies and cliques you thought you'd left behind in high school are, on a daily basis, the primary modes of social interaction in the adult workforce. Clockwatchers extracts a great deal of humor out of this fact, and in the best possible way: by merely allowing the almost surreal banality of office life play out just as it is.
The film understands how the repetitious monotony of office work induces a kind of obsession with order. An obsession so keen, even the tiniest deviation from pattern has the power to incite an almost existential loss equilibrium in the corporate structure. Most importantly, the film understands how, when people work in environments where almost nothing anyone does seems to matter, everything begins to matter.
The inconsequential and petty rule the day. People fixate on mindless details and go in search of any kind of trivial distraction in which to lose themselves. In this way, Clockwatchers reveals its dark humor. It's finely-observed, character and behavior-based humor that hits the same authentic-quirky stride of Robert Altman’s 3 Women. There, as in this film, it’s behavior that makes us laugh, not jokes. (My biggest complaints with the generally fine Office Space were that so many of the characters' actions seemed overly-burlesqued for the sake of landing a joke, and the plot veered unnecessarily close to forced, sitcom-level wackiness.)
PERFORMANCES
All of the performers in Clockwatchers are top notch, but Parker Posey is my favorite. An ensemble film in form, the main character of the story is the talented Toni Collette, who, with the film's least showy role, generously allows Posey to pack up the entire film in that recently-purchased briefcase of hers and walk off with it. Posey is one of those actresses who's able to make gems out of lines that aren't even supposed to be funny (she’s the reason I actually own a copy of Josie & the Pussycats). In Clockwatchers she’s playing the kind of individual I've met often in my occupational life: the entitled, barely-qualified slacker with the unearned cynicism who expends considerable brainpower and effort in avoiding doing the job they feel is so beneath their talents. Posey is ingenious in the subtle way in which she creates a character both instantly recognizable, yet 100% original. (Love how, whenever approached by anyone in the office, she instantly adopts this perky, vertical-eyebrows look of alert interest and helium-voiced affability.) Parker Posey does some remarkable things with comedy—the early scenes where she familiarizes the new temp to the office routine are just brilliant—and proves surprisingly affecting when required to show the darker demons haunting her character.


I also get a big kick out of Lisa Kudrow, who, in the years subsequent to Friends (a show I thoroughly hated, I might add) has become a personal favorite. Some of the best TV I've ever seen was her short-lived HBO series, The Comeback, and I binged on her hilarious internet series, Web Therapy. Like Posey, Kudrow is among the best and most resourceful of the comic character actresses around today (both would have been wonderful working with Robert Altman). Kudrow has a kind of “out there” comic inventiveness that makes her an appealingly unpredictable comedienne and always fun to watch. Clockwatchers finds her breathing new life into an overworked comedy archetype: the delusional actress wannabe.

THE STUFF OF FANTASY:
I love the way Clockwatchers looks. The beautiful cinematography by Jim Denault is extremely responsive to the story. Bright and idiosyncratic for the early comedy scenes, claustrophobic and disquieting as the film's tone darkens. Much like the furtive activities of these cubicle-dwellers, Denault's lens seems always to be peering, hovering, and capturing odd details in close-up or at the outsides of frames. It’s like another character in the film. 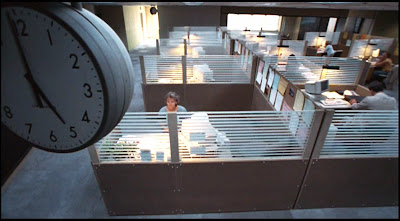 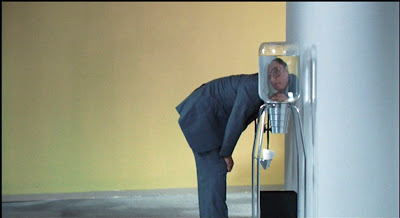 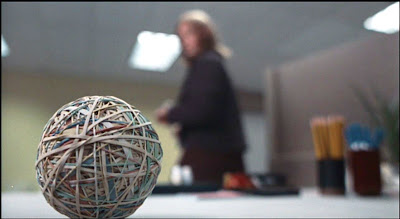 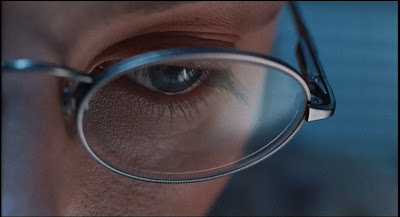 THE STUFF OF DREAMS
I’ve been going on about how funny Clockwatchers is due to its unfailing ability to make me laugh is what comes first to mind. But the thing that makes this film such a favorite is because behind the satirical depiction of office life, there lies a great deal of compassion and understanding of the small things that become lost (or we allow to have stolen) as we try to stake our claim in the world.

The average workplace is where most people’s youthful idealism cruelly collides with unflinching reality. Everybody has dreams, but pragmatism dictates we all must do something to earn a living. The stuff of comedy or tragedy exists somewhere between the extent to which what we dream, and what we spend most of our days engaged in, fail to intersect.
Some knuckle under, satisfied to blend in with the masses, others self-destructively try to buck the system. In the grand scheme of things, we seem to spend an awful lot of time wondering if we belong and where we fit in. Frequently in the pursuit of finding meaning in our lives, we wind up neglecting or betraying the people and things closest to us. Perhaps too often, it's ourselves. 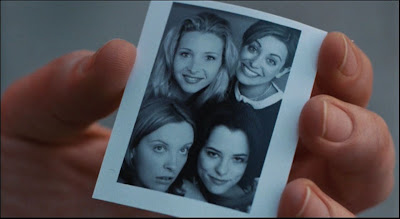 Through comedy, Clockwatchers poses the question, “Is it that hard to find permanence?”
Through drama it answers, “Sometimes.” 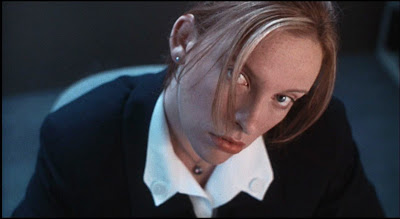