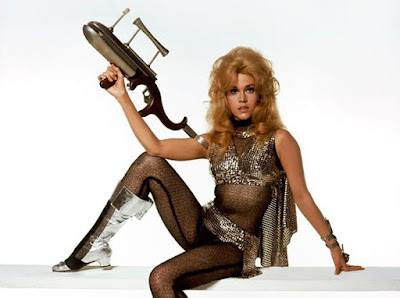 It’s been my experience that it’s the rare film enthusiast who doesn’t also possess a passing interest in (if not an outright mania for) those fascinating objects of tangible trivia associated with the making of motion pictures. I’m speaking, of course, about movie memorabilia. And whether in the form of collecting marketing materials like posters, stills, pressbooks, and souvenir programs; attending museum exhibits displaying classic movie costumes and props; going to celebrity autograph conventions, or scouring online auction sites for items from celebrity estates or rare props and collectibles from favorite films – the motivation behind the actions are the same. It’s the desire to possess part of a dream. To rekindle and revisit the sensations inspired by a favorite film. The wish to bridge the gap between reality and the fantasy world movies.


When I was a youngster, I really had a thing for movie posters and movie poster graphic design. I loved looking at the poster display cases outside movie theaters, and even had a scrapbook where I'd paste my favorite movie poster ads clipped from the entertainment section of the newspaper. In 1970 when I was 13-years-old I purchased the original 1968 Barbarella poster for $8.50. It was my very first movie poster acquisition (I still have it, framed, in my home today) in what would grow to become a collection of movie promotional material so sizable, by 1975 I had more posters than wall space to accommodate them.display them.
I moved to Los Angeles in 1978 and suddenly autograph collecting was added to my fanboy obsessions. Working at a McDonald's in Hollywood, I got Stevie Nick's autograph the night Fleetwood Mac won for Rumors (and no, she didn't order a Big Mac); working at a bookstore in Beverly Hills Diane Keaton, Steve Martin, and countless others. I still have the overflowing scrapbook.

By the late 90s, with the advent of eBay and what I perceived to be a decline in movie poster design, I wound up either selling off or donating to a local film museum the bulk of what had grown into a cumbersome movie poster and Lobby Card collection. I held onto the ones that meant the most to me: Barbarella, Rosemary’s Baby, The Day of the Locust, Bonnie & Clyde, Andy Warhol’s BAD, Myra Breckinridge, Reflections in a Golden Eye, and They Shoot Horses, Don’tThey?. The ones I regret selling?: Chinatown and Shampoo. What was I thinking? ...I must have been offered a lot of money.

The collection is gone, but my fondness for movie memorabilia of all stripes has never abated. And as one might guess, Los Angeles is a wellspring for the movie memorabilia fan. Annually, the Fashion Institute of Design and Merchandising has an exhibit of Oscar-nominated costumes, the County Museum frequently has film-related exhibits featuring props and artifacts from classic films and filmmakers; and it's a trend now for movie theaters to have have lobby displays of props and costumes of featured films.


The Only Piece of Movie Memorabilia I Own 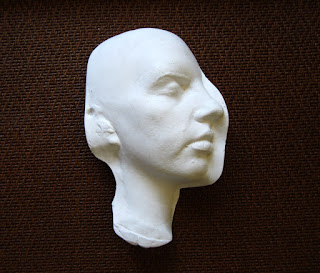 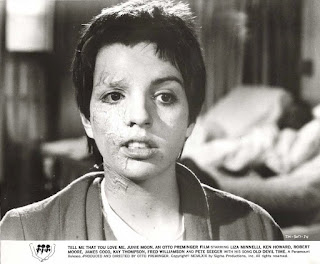 The weirdest (and thus coolest) gift I ever received from my partner is this plaster-cast of the right side of Liza Minnelli's face from the Paramount Studios makeup department. It was used as a form to design and fit the acid burn prosthetic makeup for her role in Otto Preminger's, Tell Me That You Love Me, Junie Moon (1970).

It's because of my love of movie history and memorabilia that I decided to write this post after being contacted by the online auction site, Invaluable.com, and asked if I was interested in writing about what would be my dream movie prop or bit of memorabilia to find and pick up in an auction.
As I've only been to one auction in my entire life and wanted to bid on everything in sight (in 1984 Francis Ford Coppola's American Zoetrope Studios auctioned off tons of items from its films. I had my eye on all the miniature Las Vegas props from One From the Heart), I jumped at the opportunity to mount my own dream auction of movie props I would die for. 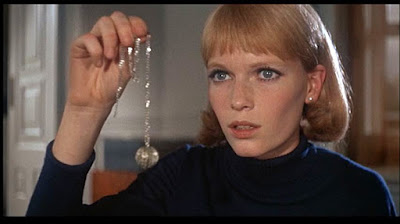 2. Any one of the futuristic, blatantly phallic weapons from Barbarella (1968).

4. The miniature replica of the Hollywood Bowl Muse Fountain from Xanadu (1980) 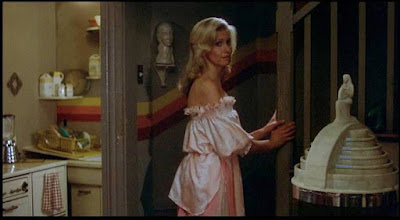 5. One of those belts worn by Judas and the angels in the musical Jesus Christ Superstar (1973). Although difficult to make out, each belt has a rhinestone buckle in the shape of the "praying angels" logo. While I'm at it, Judas' white, fringed jumpsuit wouldn't be bad, either! 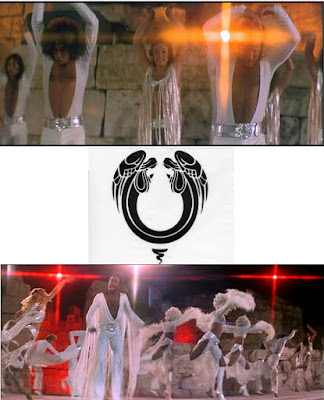 6. Those Op-Art sunglasses worn by Debbie Watson in The Cool Ones (1967)

7. One of those prop books with Faye Dunaway on the cover used in Eyes of Laura Mars (1978) 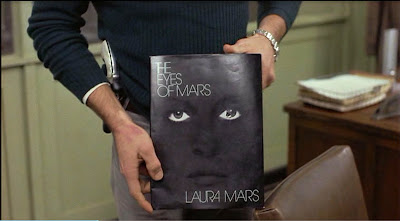 8. One of those adorable bulbous Munchkinland taxicabs from The Wiz (1978)* 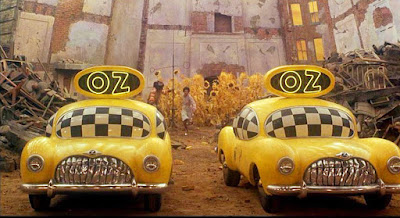 9. Eve Harrington's Sarah Siddons Award from All About Eve (1950) 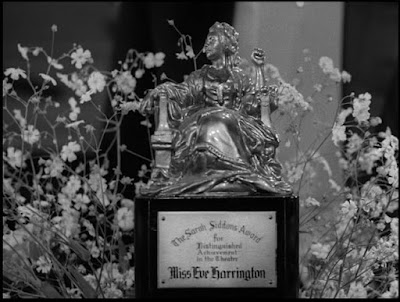 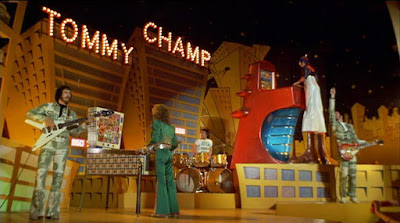 The above list encompasses everything from small props to items so huge they count as art direction or automotive. But a wish list is a wish list.

I'd be curious to find out if any of you out there harbor any unrequited movie prop/memorabilia desires from any of your favorite movies.

As stated, the idea for this post idea sprung from the marketing minds of the folks at the auction house of Invaluable.com, which seems to be doing a bit of research into what kinds of items film enthusiasts might find desirable. And if this post seems like the internet version of an infomercial, it's a one-sided one. I'm getting nothing out of promoting the site for free (which does have some pretty cool stuff. I'm no Star Wars fan but a while back they auctioned off a prop gun used by Harrison Ford in the film) -save perhaps their allowing me to steal their post idea.

If you're interested in seeing what type of movie items are currently up for auction, you can visit the move memorabilia section of the site HERE.

On a closing note, here are two of the miniatures from One From the Heart  I had the opportunity to see in person back in 1984 at the American Zoetrope auction. I have no idea what they ultimately sold for, but they were featured in the film's title sequence. They couldn't have been more than 5 or 8 inches high. 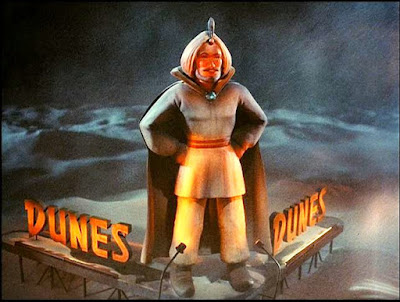 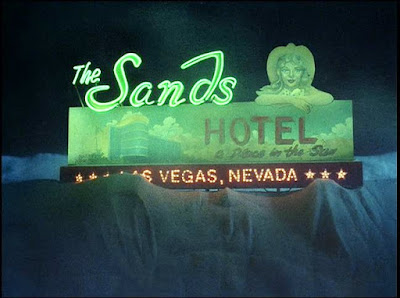