One need look no further for proof of the elemental irrelevance of the Academy Awards® than Eve's Bayou, a critically-lauded motion picture hailed by many as one of the best films of 1997, yet recipient of nary a nomination. America at the time was in the throes of Titanic fever, but even the excuse of the nation's brains being reduced to mush by that film's omnipresent theme song doesn't fully explain why this gem of a film was overlooked.﻿﻿﻿﻿﻿
A touchingly poignant coming-of-age story, Eve's Bayou is a look at the adult world as seen through the eyes of a 10-year-old girl growing up in 1962 Louisiana. Rendered in rich period detail, it's populated with characters and language so true-to-life that you fairly gasp in recognition at seeing some long-forgotten personal memory recalled onscreen. My favorite thing about Eve's Bayou is how it so artfully (and cinematically) employs magic-realism to embrace the mystical & spiritual traditions of Creole Louisiana while giving us a glimpse into a kind of African-American family life all-too-rarely depicted onscreen.

A veritable symphony of virtuoso performances, Eve's Bayou certainly boasts one of the most talented (and sadly under-utilized) cast of actors in Hollywood.
First-time film director Kasi Lemmons (working from her own screenplay) provides her cast with the kind of substantive, dimensional roles that are extremely rare for African-American actors. Case in point: the film's biggest star, Samuel L. Jackson, is also the film's producer. Meaning that he had to essentially become his own employer in order to be offered something other than the usual "professional badass" role which has become his trademark.﻿﻿﻿﻿﻿﻿﻿﻿﻿﻿﻿﻿﻿﻿﻿﻿﻿﻿﻿ Take a look at some of the glowingly beautiful, expressive, and dynamic faces below and then ask why most remain unknown or are rarely visible on movie screens.

Eve's Bayou tells the story of the Batiste family of Louisiana. The Batistes are a wealthy and educated southern family, landowners and descendants of the woman for whom the town, Eve's Bayou, was named. The father, Louis Batiste (Samuel L. Jackson), is the dapper local physician with a roving eye; his wife, Roz (Lynn Whitfield) is the town beauty. Their 3 children: Cisley (Meagan Good), Eve (Jurnee Smollett), and Poe (Jake Smollett), ages 14, 10, and 9, respectively, are loving, well-mannered, but precocious kids. (Modern parents take note: the family doesn't appear to own a television, so the kids spend a good deal of their playtime reading or acting out scenes from Shakespeare). The film is about one hot summer in 1962 when the picture-perfect facade of this respected family slowly starts to crack under the weight of several life-altering secrets.

WHAT I LOVE ABOUT THIS FILM
As a fan of film and an African-American male, one of the biggest frustrations I have with the medium I love so much is that when I want to see a film about African-American life (of which there are precious few), far too often I have to sit through films (well-meaning, all) telling me about how hard it is to be Black. Well, that just isn't my experience. There is nothing intrinsically hard about being Black. In fact, it's quite wonderful. It's systemic racism and white supremacy that's hard. But too many filmmakers fail to realize that making films about racism isn't the only way to frame Black Experience. Based on the image presented of the Black experience as reflected in Hollywood films, I think it would come as a surprise to many people to learn that most African-Americans do not link their identities to, define ourselves by, nor rule our lives by the racist social structure on which America was built. It impacts every facet of what happens within this society, but it is not the definer of who we are. That subtle difference is why there have been so few dimensional Black human beings in movies, but plenty of images and symbols.

It's refreshing (if not downright shocking) to see a film with Black characters at the center of their own stories, not subordinate to or helping white characters. Here are people living their own lives, with desires, frustrations, and hardships born of their being human; not the result of trying to win the acceptance, approval, or understanding of a white culture that is (in this film's context) refreshingly apart and outside of the narrative's scope.
But what is perhaps most pleasing to me about Eve's Bayou is that, in being a film authentically about real African-American life (focusing as it does on family, love, loss, betrayal, pain, and growth), it does what every good film does, regardless of the race or sex of its protagonists; it illuminates something universal about what we all share and encounter while struggling with that which is called the human condition.
PERFORMANCES
Jurnee Smollett as Eve, the girl from whose perspective the entire film is told, gives an amazingly sensitive performance for one so young. Indeed every actor in the film is quite remarkable and several give the best performances of their careers (Lynn Whitfield). But Debbi Morgan as aunt Mozell, Eve's no-nonsense, psychic aunt with the tragic history, gives one of the finest performances by an actress in a film EVER. And that's not hyperbole. As the mystical, poetic voice of the film, she achieves tiny moments of greatness. 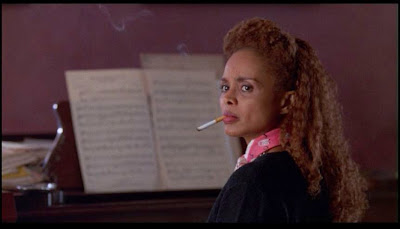 THE STUFF OF FANTASY
A child's world is a world in which the real and the magical unquestioningly coexist. Not a lot adds up (things aren't fair, bad things happen to good people), but there's precious little that doesn't seem possible. The moment one learns that the world of adults is no less mysterious, yet infinitely more painful and prone to disappointment and consequence, is the moment of maturity. Eve's Bayou does a marvelous job of giving us a child's-eye-view of the mysteries of life. 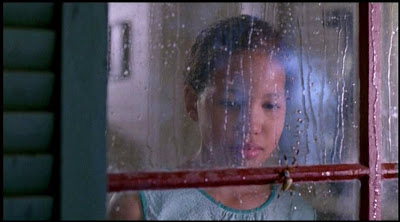 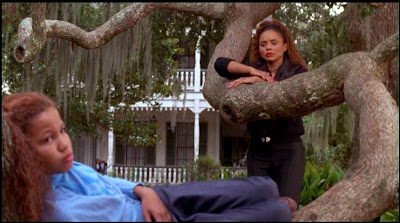 "Life is filled with goodbyes, Eve. A million goodbyes. And it hurts every time."

THE STUFF OF DREAMS
There's no getting past the fact that much of Eve's Bayou resonates so deeply with me because it recalls so much of my own upbringing. I was 5 years old in 1962. Like Eve, I had a dashingly handsome father who was a philanderer; and, as with all children, especially boys, I believed my mother was "The most beautiful woman in the world." Like the Batistes, I was raised to address my elders as Mr. & Mrs., and to respond to questions with "Yes, ma'am" or "No, sir."  I remember happy times with nosy grandmothers and bossy older sisters, games played, adventures shared, and the loving moments that were exclusively ours. I also recall what it felt like to be awakened at night by the sound of parents arguing in the next room. I know about whispered secrets between siblings, and the deep ties of love between us that feel so strong yet sometimes make so little sense. 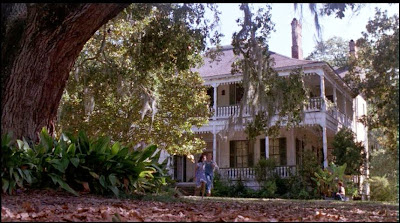 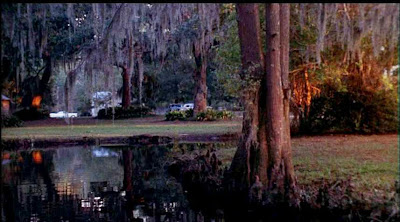 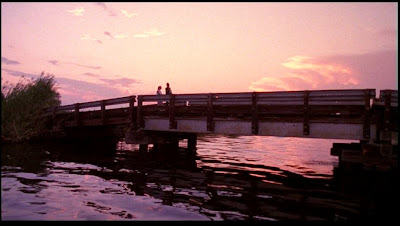 How much of remembering is as it really was, and how much is merely what we wished it to be?

Some sectors of society see images of their lives reflected from movie screens with regularity. That hasn't been the case for me, nor, I would venture to say, for a great many African-Americans. The revelation of Eve's Bayou is how it managed to put so many of my memories on the screen in such a sweetly personal way, that a simple story about the pain of growing up becomes an elegiac contemplation on the subjective quality of perception and the vacillating nature of memory itself. 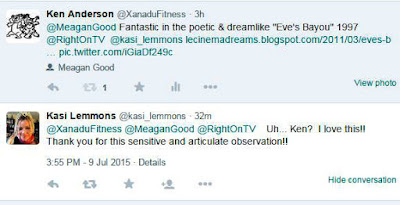 Email ThisBlogThis!Share to TwitterShare to FacebookShare to Pinterest
Labels: 90's