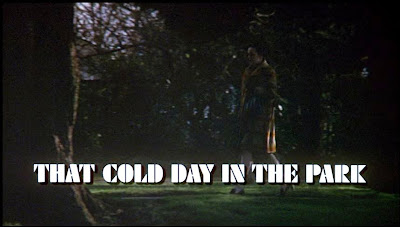 The label of "misogynist" has followed the late director Robert Altman around since audiences were first invited to laugh at and identify with the anti-female, frat-boy antics of that annoyingly smug 70s geek duo of Elliot Gould and Donald Sutherland in M*A*S*H (hands down my least favorite Altman film).


Despite being responsible for some of the more cringe-worthy scenes of cruelty to women ever attributed to a single director (the coke-bottle-to-the-face scene in The Long Goodbye is the worst); in interviews, Altman has always asserted, rather persuasively, that he was, in fact, very sympathetic to the plight of women, and that his films only reflected reality and what a raw deal women were often handed by a sexist culture. Of course, this argument would hold a good deal more weight if the women in his films were not so frequently the sexualized objects of the male gaze, or depicted so unsympathetically in comparison to their male oppressors. (As reliable as a Hitchcock cameo, an Altman film almost always features a scene of a woman in some state of blunt nudity [usually in the presence of some form of humiliation] while male characters remain chastely clothed).

But while Robert Altman may get it wrong a good deal of the time when it comes to depicting women onscreen, he's also one of the few directors to get it really right. Except for M*A*S*H,  which I consider to be sophomoric dreck in spite of its reputation, Altman has an impressive track record of providing terrific roles for women in his films. The women may not be pillars of feminist ideology (in fact, almost all are neurotic or downright insane, as is most everyone in an Altman film, anyway) but they are undeniably human and always compelling.
In his "plus" column I place That Cold Day in the Park (Altman's 2nd film), an off-beat, forgotten masterpiece of loneliness and sexual obsession.
Academy-Award winning actress Sandy Dennis, on the downside of an unsustainable fire-hot popularity that began with 1966's Who's Afraid of Virginia Woolf?, stars as Frances Austen, a wealthy, 32-year-old woman living alone in a spacious apartment in Vancouver, Canada. Prim and cripplingly repressed, lives a life of formal ritual, surrounded by friends who are at least 20 years her senior (they, like her staid apartment, appear to have been inherited from her dead mother).
One rainy afternoon she spies a young man sitting alone on a park bench and invites him in to get dry. The blankly cherubic 19-year-old (Michael Burns) speaks not a word, but allows the solicitous woman to bathe, feed, and eventually house him. The boy's silent passivity (he's never named) and apparent lack of friends or family enable to project a great deal of her own loneliness onto his situation, awakening in her an acute awareness of her long-repressed desires. Before long, ' initial maternal concern gives way to darker obsessions as the boy comes to symbolize a last-chance grasp at life. 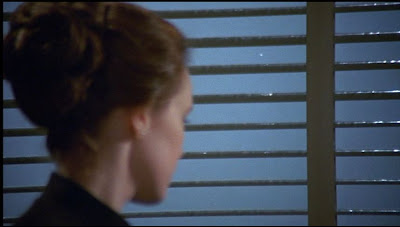 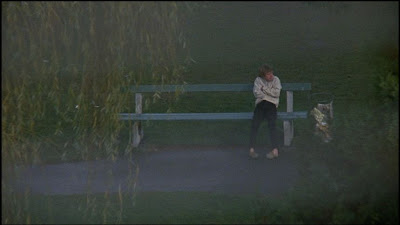 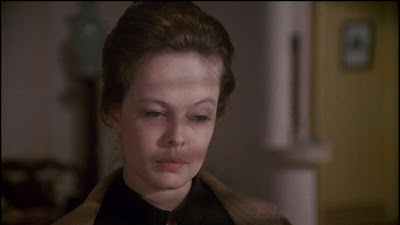 Something about the boy sitting alone in the rain touches Frances. A repressed woman who, up until this point, has given the impression of being rather icy and removed.


WHAT I LOVE ABOUT THIS FILM
Movies about older women and kept men date back at least as far as 1950s Sunset Blvd. Movies about old coots chasing after young women are often presented as joyous romps (think of pretty much every Audrey Hepburn movie), but the older women narratives are almost always presented as horror stories or psychosexual aberrations. Another thing I've noticed is that, whether due to gender-role preconceptions which ignore the fairly common strong-woman / weak-male dynamic (seen in non-stop parade on reality TV court shows), or these narrative's close association with homosexual authors - Tennessee Williams' Sweet Bird of Youth, The Roman Spring of Mrs. Stone, and  Truman Capote's Breakfast at Tiffany's - films on the subject have always seemed to court a gay sensibility. Which is to say, the female characters in these stories could be replaced by a male without significantly altering the substance or themes of the narrative.

Due to the predominance of male directors, writers, and cinematographers, movie audiences have grown quite used to the fact that films almost always represent the subjective male gaze. When on those rare occasions that gaze turns feminine and it's the male torso upon whom the leering close-ups are trained, audiences (particularly American males) are often made uncomfortable and don't quite know what to do with themselves. Film critics traditionally channel such discomfort into dismissing these films as being homoerotic or gay in their sensibility (the tact taken by critics reviewing the inarguably lousy but essentially harmless Sex and the City movies). Otherwise, they invoke a curious double-standard and label the male nudity as "gratuitous" or humiliating for the actor. At no time is the thought ever entertained that, for once, a film's gaze is intended to reflect the point of view of a female.

One of the strengths of That Cold Day in the Park is how it commits to reinforcing the gaze of its female protagonist and uses any ensuing audience discomfort to its atmospheric advantage. In a refreshing change of pace for an Altman film, a male (Michael Burns) spends most of the movie in various states of fetishized undress; the camera lingering over his bareness in a way usually reserved for comely starlets. From a narrative standpoint, all this suggested nudity underscores the character's vulnerability; but psychologically speaking, I like the way something so simple has the power to mess with so many minds. Men in movies are traditionally heroes and propel the plot. A great many, I'm afraid, are made uncomfortable when a male character is presented as not only passive, but subject to the whims of a woman. 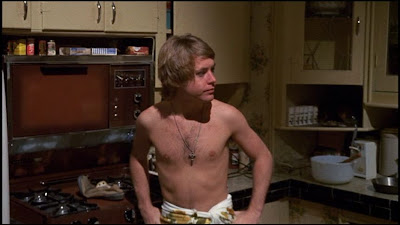 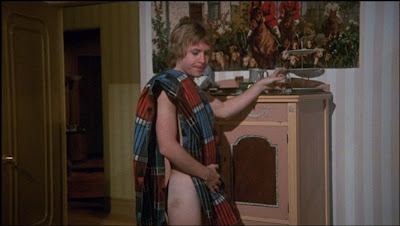 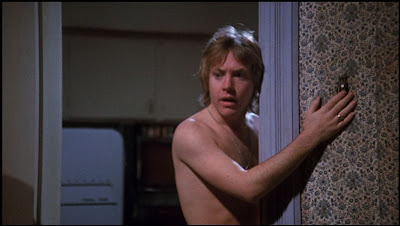 Michael Burns, giving Joe Dallesandro a run for his money in the "passive, objectified male" sweepstakes


PERFORMANCES
Few actresses are as appealingly quirky as the late Sandy Dennis. Her performances are full of nervous mannerisms, eccentric tics, and vocal hiccups that you either love her for or else she annoys the hell out of you. I fall into the former category. In That Cold Day in the Park, Dennis has a role in which her trademark idiosyncrasies work toward defining an emotionally needy character stunted by a disturbing social awkwardness. I can't say her character is exactly likable (creepy is more the word) but Dennis's performance is touching and moves one to empathy.

THE STUFF OF FANTASY
I love it when directors do more than just use the camera to record the action. Altman makes great use of the concealment/distortion value of shadows, glass, mirrors, and reflective surfaces. A good deal of the sense of unease this film elicits is due to the way Altman bisects and divides the screen, keeping the characters in their own separate worlds even when they share the same space.

THE STUFF OF DREAMS
I first saw That Cold Day in the Park back in the early 70s on a now-defunct San Francisco TV channel: KEMO-TV Channel 20 - which had this great late-night program called "The Adults Only Movie."  The movies were mostly foreign or art films (I must have been the only kid in my class who knew who Catherine Spaak was), but what 13-year-old could resist a program with a title like that? The version of That Cold Day In The Park I saw was heavily edited and viewed on a tiny black and white TV set in my bedroom, but it nevertheless blew me away and I sought it out many years later at revival theaters. Then, the film mostly impressed me as a kinky suspense thriller with a very powerful final act (and the male nudity didn't hurt, either). But over the years I have come to grow fonder of it as a labyrinthine character piece and dark treatise on loneliness. The shift of tone from somber drama to something unanticipatedly perverse is like a slow descent into madness. 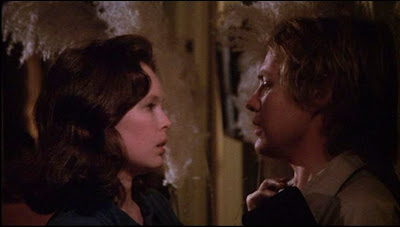 Despite some cinematic evidence to the contrary, I really don't believe Robert Altman was a misogynist. His films with male leads have an off-putting thread of misanthropy and cruelty running through them, yet his films with female leads (The Company, 3 Women, Come Back to the Five and Dime, Jimmy Dean, Jimmy Dean) are infinitely gentler and markedly more humane. That Cold Day in the Park is almost delicate in the way it handles the Sandy Dennis character when it could have easily made her into some kind of a gynophobia-inspired monster.﻿﻿

I think in his own twisted way, Altman liked women a good deal more than men.