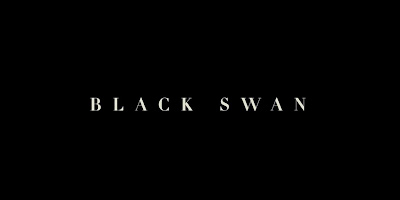 For sheer baroque audacity, few films not directed by Ken Russell can hold a candle (or toe shoe) to Darren Aronofsky’s Black Swan. It takes a certain kind of impassioned genius to attempt a psycho-sexual horror fable centered in the mystique-laden world of classical ballet, yet Aronofsky succeeds beyond all reason. By turns disturbing, transgressive, sensual, absurdist, and achingly beautiful, Black Swan is almost swoon-inducing in its willingness to go straight over the top in an effort to alight on something as keen as a pinhead.

WHAT I LOVE ABOUT THIS FILM
Far and beyond the surface enjoyment I derived from Black Swan's stylishly novel take on the horror/ thriller, was my delight in discovering that the film resonated so deeply with me.
I've been a professional dancer for over a quarter of a century (an eternity in the dance world),  and while I love seeing any kind of dance in film, it's disheartening to contemplate that, by its nature, one's experience of dance in film is limited exclusively to the "display" aspect of the art. The finished product that is the result of the blood, sweat, and tears. In its ability to render visible the sublime and chimerical, dance has the power to make the illusion of perfection seem possible. That is its magic.

The flaw of dance is that, devoid of a glimpse into the human imperfection that creates such an illusion, too many people (most notably young girls lured by the romantic-fantasy, "little princess" fetishism side of classical ballet) find it all too easy to believe that perfection is actually an attainable goal. The striving for perfection in ballet is reflected in the constant dieting (did you check out that "ballerina breakfast" Portman has?) and damaged body image (Portman's character has a history of compulsive scratching) of so many dancers.
I've seen many films that showed me what dance looks like, but Black Swan is the first and only film that reflected back to me my own experience of what it "feels" like to dance. How you can't expect to create anything meaningful unless you are brave enough to dig deep within yourself to unearth what lies beneath. Aronofsky has fashioned a film that is a visual representation of that transportive internal maelstrom  (with all its soul-searching, anguish, and conflict) that defines the creative process. A visible answer, if you will, to the question "Where does one have to go internally to create great art?"

As is frequently the case with people in the performing arts, I am, at my core, a painfully shy person. I was a retiring bookworm who spent his high-school years undesirous of attention and terrified of being called on in class, I chewed my fingernails nervously and rarely looked people in the eye. Yet, in choosing a profession, I was drawn to something as emotionally revealing as dance. In it, I have had to regularly access and reveal parts of my inner self that were antithetical to who I am and how I was raised (VERY Catholic). Though the results occasionally surprise me to this day, no one seeing me dance would ever believe that I wasn't a born exhibitionist, lifelong extrovert, and passionate sensualist.
How is it possible? Take look at Black Swan for the answer.
Though highly-dramatized, the internal transformation necessary to turn a reserved personage like me into that passionate, expressive creature that is a dancer, can feel every bit as terrifying as the events in this film. That's why the events that unfold in Black Swan don't strike me as being intended for literal interpretation. The images and story feel like an operatically allegorical representation of the state of creative transformation and transcendence of self that is necessary to create the illusion of perfection that is dance.

Much like the mentally disturbed character of Carol (Catherine Deneuve) in Polanski's Repulsion, Black Swan's Nina (Natalie Portman) is already a little off the barre before the film even begins. With no specifics given as to why she scratches herself or why she lives in a state of adolescent arrested development with her mother, we are left to pick out the clues of her past as the events of the present conspire to send her over the edge. Of course, the kicker is that we see the entire film from Nina's perspective, and, as a troubled young woman going through a paranoid identity crisis, she is the ultimate unreliable narrator. Since she has little grasp of what is real or imagined, neither do we. Welcome to the roller coaster ride.

Natalie Portman gives a truly fearless performance in Black Swan, totally deserving of all the awards heaped on her for her work. I thought she was amazing in Mike Nichols' Closer but she completely blew me away with her intensity here. She takes a very complex character in more-than-fantastic circumstances and makes you believe in (and even care about) what is happening to her.

THE STUFF OF FANTASY
I don't know why, but I'm a sucker for movies about identity and duality. Like Shelly Duvall and Sissy Spacek in 3 Women, there is something compelling about separate characters that embody an idealized whole. I love how Black Swan makes literal and stylistic use of reflections, doubles, and the distortions therein.

Mirrors are intriguing objects. They do nothing but reflect that which is before them, but at the same time, they seem to lie. They have the power to reflect back at us the gaze of another (without mirrors we have no idea how we look to someone else) but provocatively, that gaze must first be filtered through our own psyche. If we are self-enchanted, we are happy no matter what we see in the mirror. If we suffer insecurities, mirrors don't contradict us.

“They can romanticize us so, mirrors, and that is their secret: what a subtle torture it would be to destroy all the mirrors in the world: where then could we look for reassurance of our identities?”

Truman Capote  - Other Voices, Other Rooms

THE STUFF OF DREAMS
You can't make a movie about passion without displaying some yourself, and on that score, Black Swan is a seriously sexy success. The obvious physical beauty of Portman and her sensual doppelganger/rival Mila Kunis aside, there is some major heat generated by these women that is refreshing in its removal from the male gaze. Indeed, as the perspective of the film is exclusively that of the repressed Nina, the male gaze is frequently portrayed as repellent or predatory. What erotic underpinnings there are emanate from Nina's awakening to herself and exploring her own sexuality as exemplified by the comfortable carnality of her "Swan" double.

Although several of my dancer friends didn't care for Black Swan (I suspect because it didn't uphold the romanticized ideal of dance like say, The Turning Point, but almost anybody who knows my tastes in film and attitude toward dance could guess that it would wind up being one of my favorites. It crosses the identity theft themes of Robert Altman's 3 Women with Polanski's penchant for P.O.V. insanity, adds Martin Scorsese's fluid cinematography, and tops it all off with Ken Russell's taste for visual grandiosity.

I admire the film for the chances it takes in refusing to adhere to specific genre constructs and for not falling into the trap of over-explaining everything. I like that in this age of formulaic rom-coms and by-the-numbers action films, Black Swan is a movie that allows itself to be misunderstood. Everyone involved is so obviously invested in what they're doing that it makes it easy to put your trust in the film and allow it to take you wherever it takes you. Seeing it for the first time was a thrill that stayed with me long after. Seeing it several times again...I find the experience gets richer and more layered with each viewing.