“Everyone that watches ‘Deep Throat’ is watching me being raped.”
― Linda Lovelace, in her 1980 book, Ordeal

“Yes, there’s a lot of nudity, but it’s a message movie about respecting women.”
― Producer Patrick Muldoon, speaking to the press about his 2013 film, Lovelace 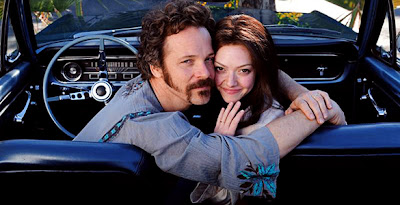 The trailers for Star 80 and Lovelace are available for viewing on YouTube, with their similarities extending not only to leaving vague each film’s attitude about any presumed passivity or unwitting complicity on the part of these women in their fates, but in addition: near-identical prototypical sleazeball boyfriends assayed by Peter Sarsgaard in Lovelace and Erich Roberts in Star 80 (Roberts also happens to be in the cast of Lovelace); scenes of a woman dominated and forcibly seated in a chair by an aggressive male; and, most intriguingly, a subliminal “inheritance of exploitation” element introduced by the casting of conspicuously deglamorized former sex-symbols (Carroll Baker in Star 80, Sharon Stone in Lovelace) as the mothers of these victimized women. 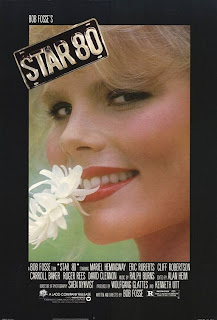 Given our culture’s ambiguous relationship with industries that traffic in the commodification of sex, it’s perhaps not surprising that whenever we choose to train a cinematic spotlight on pornography, it’s not by way of celebration, but through the dramatic prism of a moral cautionary tale. (Although one might think, in an industry raking in upwards of $1.8-billion annually, there must be somebody celebrating somewhere.) 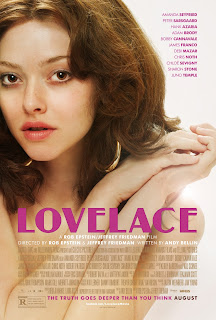 
But what about the films themselves?  Is it possible to make a film about sexual exploitation without inadvertently resorting to (and in effect, participating in and sanctioning) the very kind of behavior it seeks to indict?

Read the complete article at HERE at Movieline.com