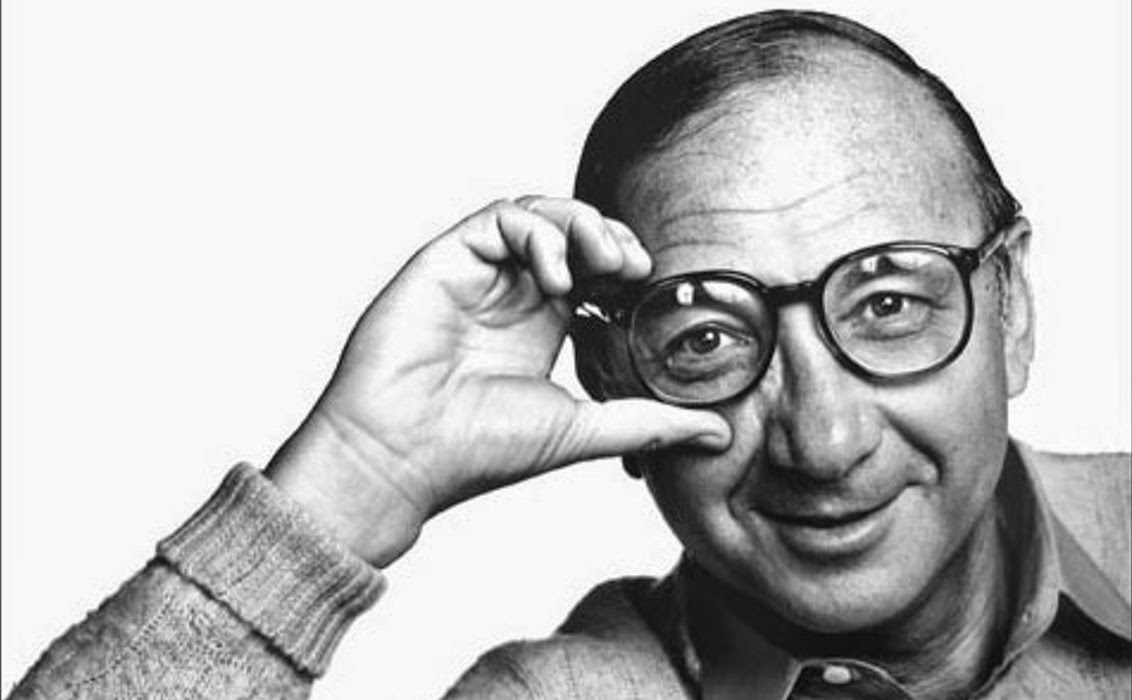 As with most everything, comedy has a shelf life. At least certain kinds of comedy, it seems. Example: for reasons unknown to me (and a great many comedy writers, I imagine), a TV show as old as I Love Lucy has this timeless something about it that can make me laugh as heartily today as I did as a child. Meanwhile, the humor I once found in a more contemporary comedy like The Mary Tyler Moore Show, feels remote at best.

Such is the case with Neil Simon. A writer whose work I absolutely adored when I was young, but has a tendency not to play so well for me today. (Oddly enough, at age ten, there were only three non-performer show-biz names I knew: Walt Disney, Alfred Hitchcock, and Neil Simon…and Simon didn’t have a weekly TV show),

When I was growing up, I remember having this strong perception of comedy as this nebulous entertainment entity divided into distinct and separate camps. There was the schticky, vaudeville-style comedy of Bob Hope and Milton Berle which was favored by my parents; the youthful “with it” comedy of The Smothers Brothers and Rowan & Martin; the female perspective comedy of Phyllis Diller and Joan Rivers; and the sketch-based, relationship-comedy of duos like Stiller & Meara and Clair & McMahon.
Wedged somewhere in between was what I’d call the 1960s equivalent of today’s calculatedly schlubby Comedy Club standups: the buttoned-down, put-upon, everyman.
And whether it was the observational, college-dweeb vibe of a Woody Allen or the beleaguered middle-class carping of a Bob Newhart or George Gobel - the look was strictly urban/suburban and the comedy rooted in giving voice to the frustrations of the average Joe as he  struggled to keep in step with the too-fast changes of contemporary society. From this latter camp, the comedy voice of Neil Simon emerged. 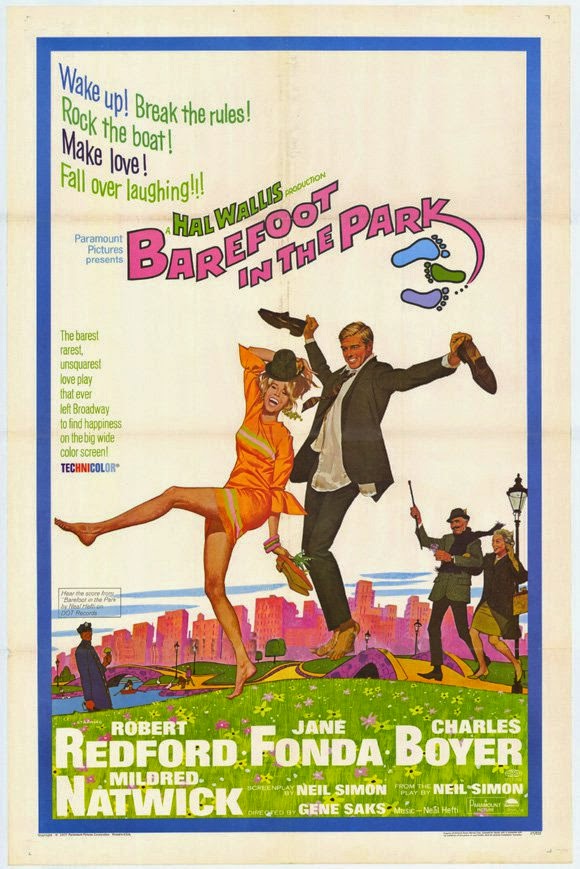 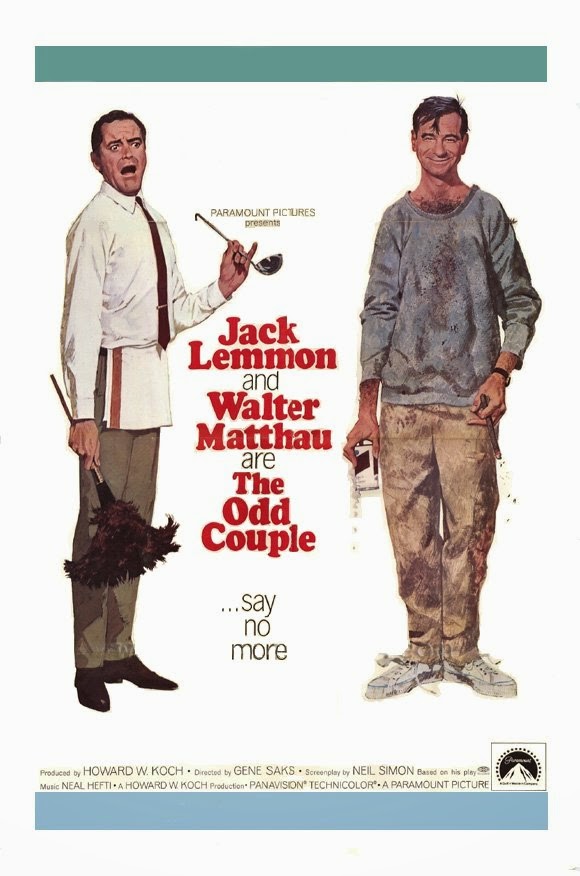 At a time when television was a haven for prizefights, variety shows, and Playhouse 90 dramas; lightweight, “pleasing the tired businessman” Broadway comedies were the sophisticated sitcoms of the day. Neil Simon’s TV-trained, joke-a-minute, gag-driven writing style was tailor-made for this environment, making his transition from Your Show of Shows comedy writer to playwright a seamless one.

Indeed, Neil Simon’s particular brand of working-class farce was so well-suited to the timbre of the times that it’s something of a miracle his work was able to distinguish itself amidst the roster of interchangeable, look-alike, sound-alike Broadway shows of the era: Any Wednesday, Boeing Boeing, Goodbye Charlie, Mary Mary, Come Blow Your Horn, Sunday in New York, Enter Laughing, The Fun Couple, The Owl & the Pussycat, Critics Choice, and Luv.

Both a popular and prolific Tony Award-winning playwright who at one time boasted four shows running concurrently on Broadway (Barefoot in the Park, The Odd Couple, Sweet Charity, The Star Spangled Girl), Simon had, by the end of the 60s, established himself as the preeminent voice of contemporary comedy. His proficiency as a gun-for-hire for flagging Broadway shows earning him the nickname, “Doc” Simon.
When Hollywood inevitably came calling, Simon opted out of adapting Come Blow Your Horn, his debut effort, to the big screen. However, his dissatisfaction with how that film turned out led to his thereafter writing the screenplays for virtually every film adapted from his rapidly-growing resume of Broadway successes. He obviously had the right idea, for the boxoffice success of the movie versions of Barefoot in the Park (1967) and The Odd Couple (1968) made him a nationwide household name. (Interestingly, both sitcomy-films were turned into actual TV programs in 1970, the same year The-Out-of-Towners opened in theaters.) 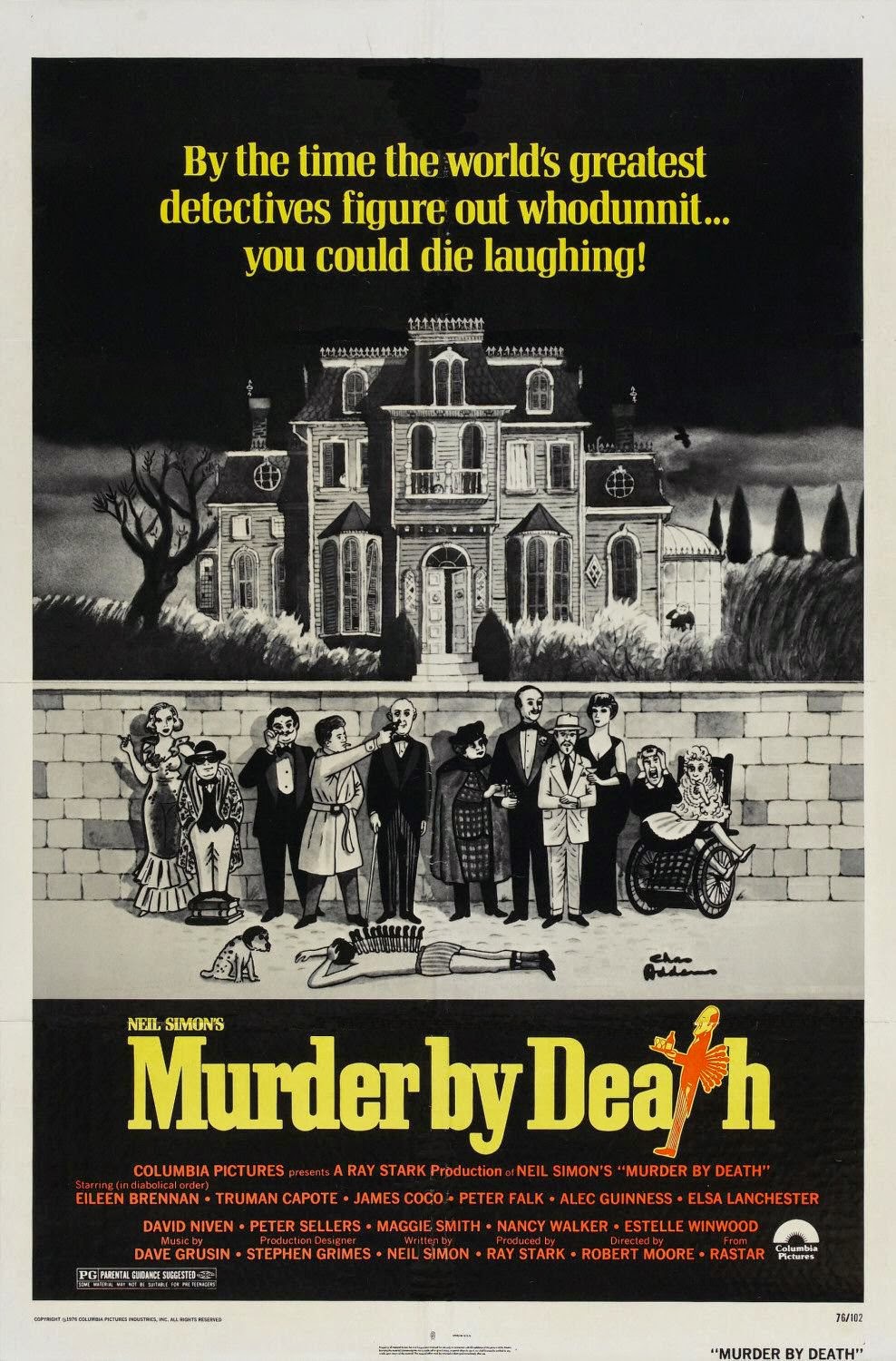 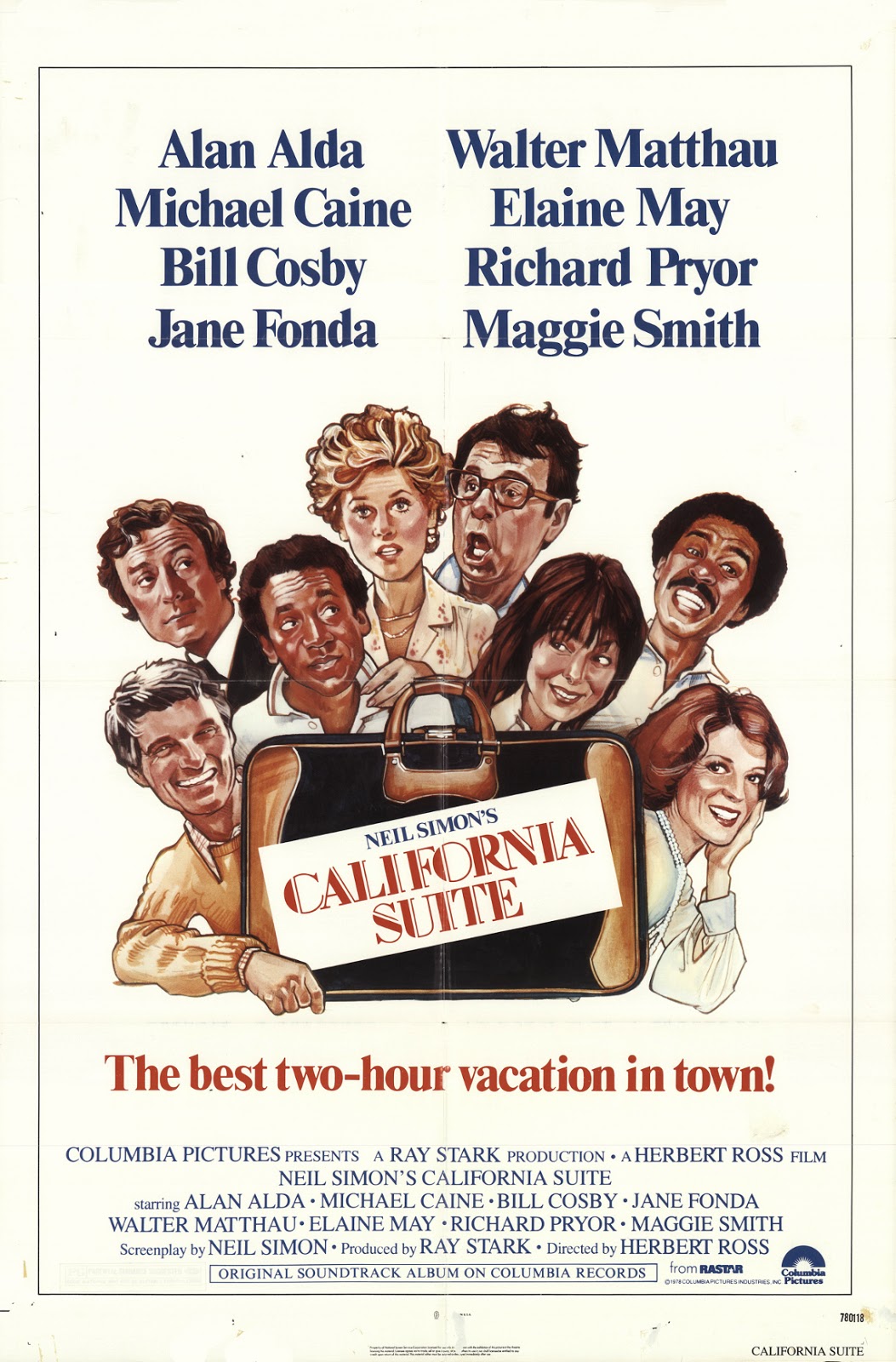 Looking back at my own introduction to the man, I have to say Mr. Simon and I got off to a pretty rocky start. The very first Neil Simon movie I ever saw was a Late Show TV broadcast of 1963’s Come Blow Your Horn. To say I loathed it would be a gross understatement. Embodying pretty much everything I’ve come to hate about smirky 60s sex comedies (bubble-haired bimbos a vaselined playboys all looking as if they reeked of alcohol and cigarettes), it’s a film - in spite of efforts made over the years - I’ve yet to make it all the way through.

Happily, in 1967 the more accessible (not to mention infinitely funnier) Barefoot in the Park was released, and The Odd Couple the following year. What with sitting through both films several times over their respective summers, and reading published copies of Simon’s plays at the local library; by the time The-Out-of-Towners was released, I was a well-versed Neil Simon fan at the ripe old age of twelve. 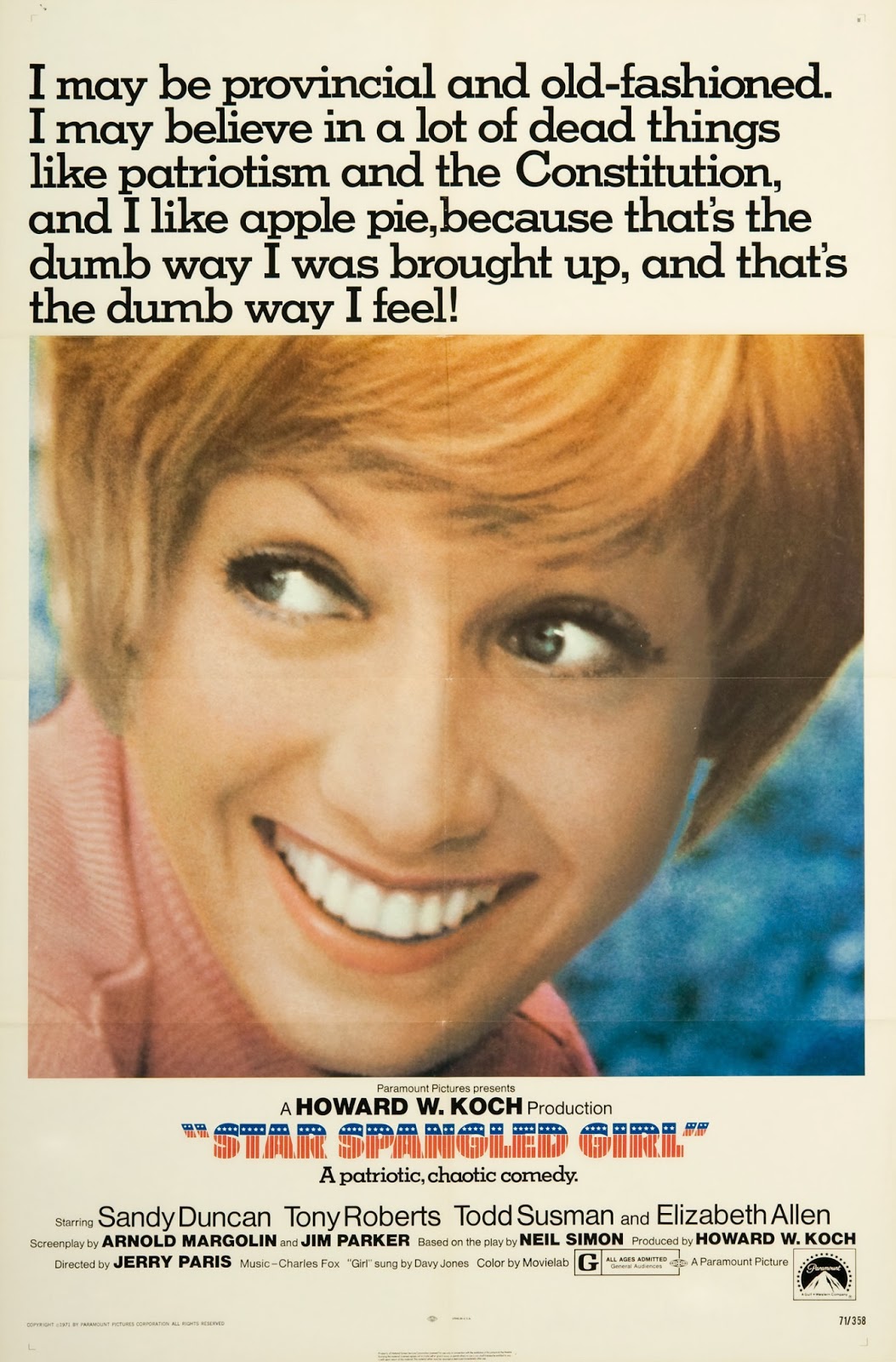 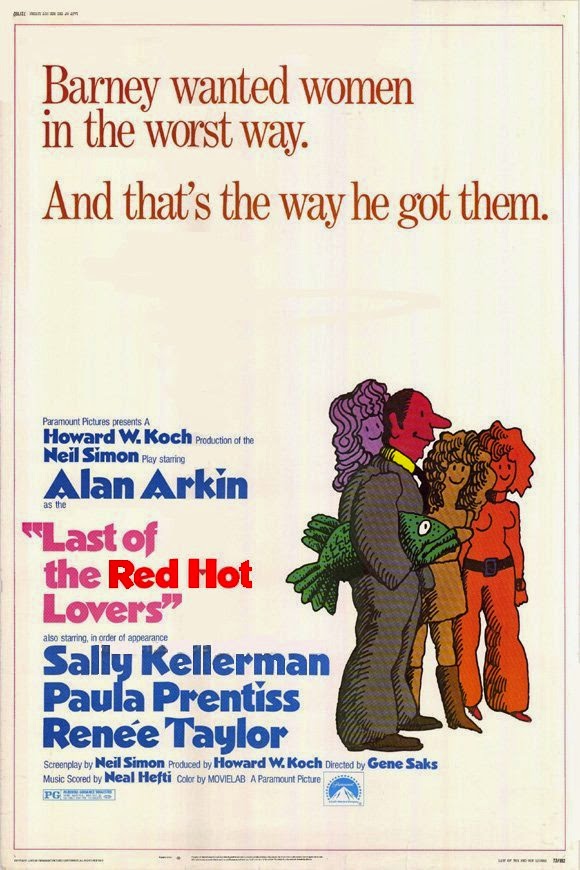 I’ve often wondered why, at an age when most kids are drawn to anarchic comedies which flout authority and poke fun at convention, I was so attracted to the middle-class/middle-brow humor of Neil Simon. There’s no denying I was drawn to Simon’s gag-driven style ‒ more jokey than witty ‒ which was within my grasp and never pitched over my adolescent head. Or maybe because in school I was one of those rule-following goody-two-shoes who bristled when the bad behavior of classmates was rewarded with teacher attention, I identified with Simon’s put-upon heroes. (And in case you’re wondering, yes, a 12-year-old can bristle. Very well, thank you.)
Certainly growing up in a household with parents who regularly communicated through high-decibel yelling matches lent Simon’s domestic trademark quarrel-comedy (rooted in tradition old as The Bickersons) an air of familiarity. However, what I think most sold me on Neil Simon’s movies at a young age was that they served as the perfect transitional comedies for tweens at that awkward stage: too old for The Three Stooges but too young for All About Eve. His movies were like a comedy suspension bridge between silly and sophisticated.
I remained a staunch Neil Simon fan throughout the 70s. A loyalty that grew increasingly difficult to sustain come the 80s and Simon’s newfound “serious phase.” While many are of the opinion that Simon produced some of his best works during this period, the last of his films I actually enjoyed was Only When I Laugh (1981), and that was largely for the performances of Joan Hackett and James Coco. My long and happy association with Neil Simon came to a permanent end with the nearly-unwatchable Max Dugan Returns (1983). I haven’t seen a Neil Simon film since.

In subsequent years, revisits to fondly remembered Simon films have been a mixed bag. While some movies still manage to amuse, too much of the comedy feels sluggish and schticky (you half expect to hear rim shots on the soundtrack after every one-liner). And bits that once made me laugh aloud now just leave me scratching my head. The Goodbye Girl is just strident; Seems Like Old Times can actually induce physical pain; you can practically see the cobwebs hanging off the dialog in The Odd Couple: and Barefoot in the Park, outside of the luminous presence of Jane Fonda, is like an episode of Love, American Style that keeps going on thirty minutes after it ends. (Fittingly, the pilot for the Barefoot in the Park TV series aired on Love, American Style as “Love and the Good Deal.”) 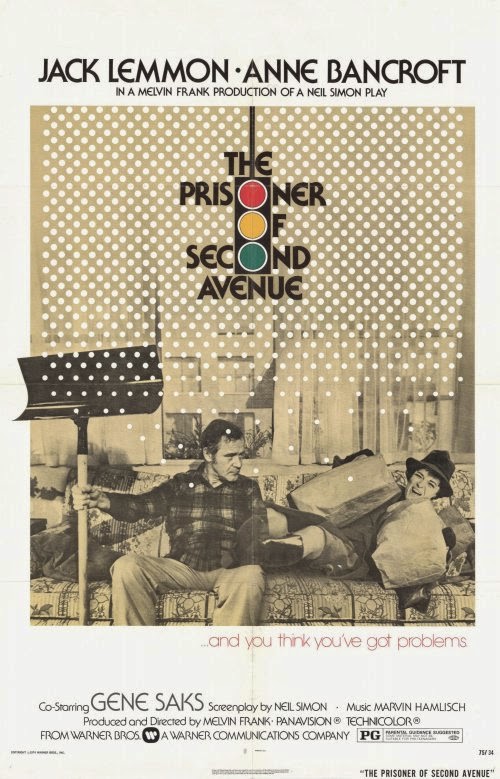 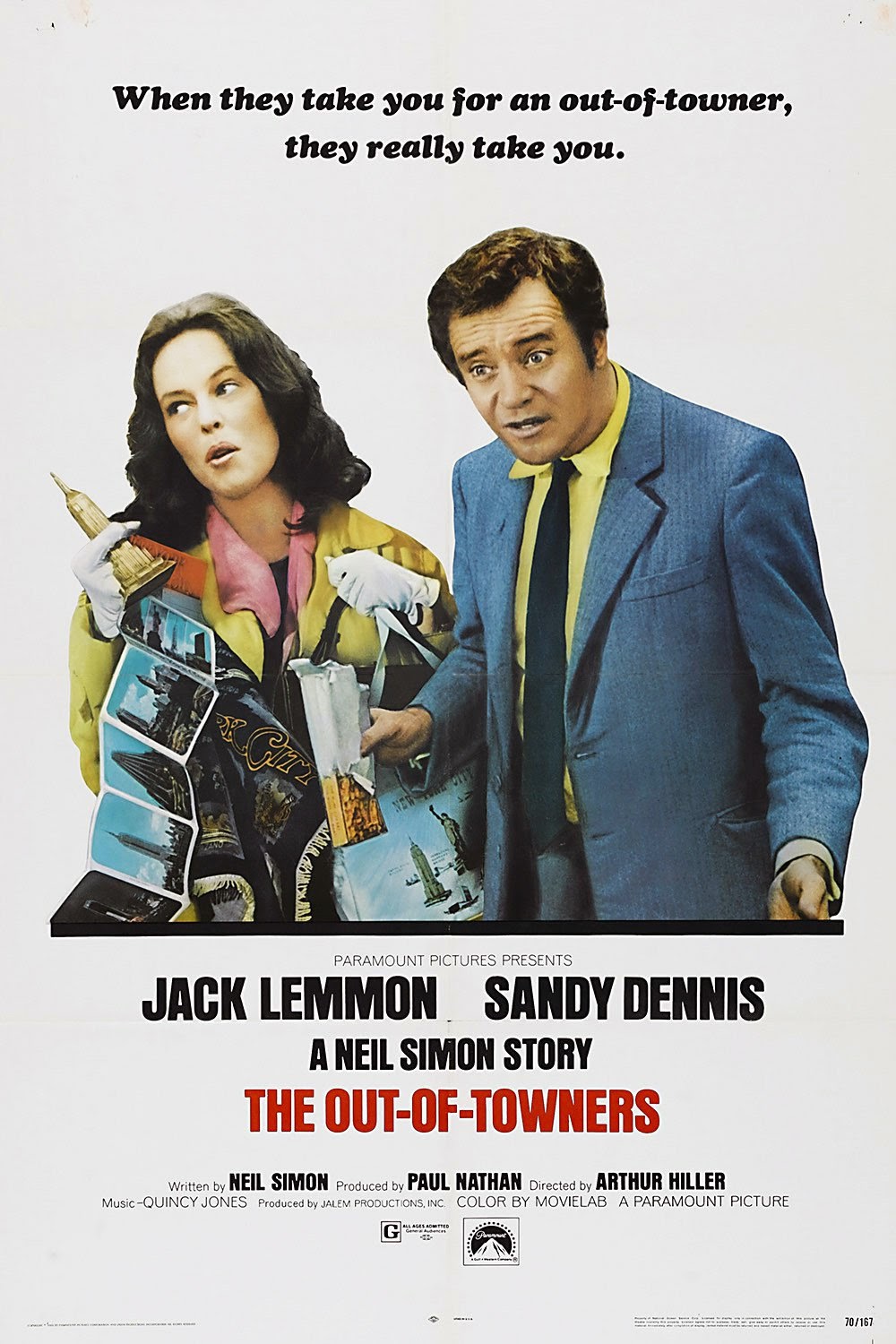 But if the exception proves the rule, a cataloging of Neil Simon movies that haven’t aged particularly well for me would be one-sided if it didn’t mention the one film of his that actually gets funnier with each passing year: 1970’s The-Out-of-Towners.
The usual Simon tropes of bickering couples and New York commentary are in attendance; but as one of his few works written expressly for the screen, it lacks the stagy, claustrophobic air of so many of his films. It's blissfully free of pretension and its only ambition is to make you laugh. And in that, The-Out-of-Towners succeeds admirably.

Link to my review of: THE-OUT-OF-TOWNERS