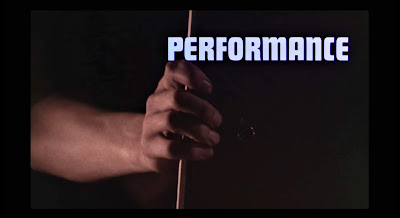 Nothing is true. Everything is permitted.

Perhaps it has to do with my childhood. After all, I did grow up during television's Golden Age of the polar-opposite-twin. That '60s pop-culture window when The Patty Duke Show (identical cousins!) spearheaded the trend for every sitcom coming down the pike to feature characters who are identical twins with yin/yang personalities: Bewitched, I Dream of Jeannie, That Girl, Gilligan’s Island, etc. Prolonged exposure to that kinda stuff can't help but mess with a kid's head. 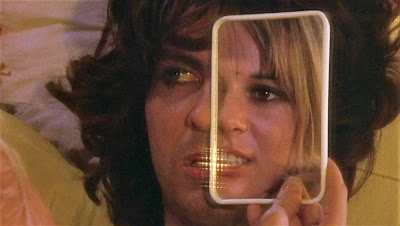 Alas, the less fun but more persuasive theory is that I'm drawn to movies about fragmented personality because the most impressionable years of my adolescence hit at precisely the same time America was in the deep throes of an ideological identity crisis. Responding to the Vietnam War, social injustice, and a veritable laundry list of grievances leveled at standard cultural norms, the nation trained a mirror on itself and began the process of deconstructing years of conformist conditioning.
With consciousness-expansion and self-exploration the rallying cries of the counterculture, young people challenged society's demand for individuals to always be in performance; constantly donning masks and role-playing in support of hollow, outdated concepts of so-called normalcy. Few films have captured the generational ethos of the "put-ons" (traditionalists adopting false personas to conform) vs. the "drop-outs" (bohemians withdrawing from society and rejecting convention) with as much assurance and visual distinction as Performance.
The hallucinatory brainchild of screenwriter Donald Cammell (Demon Seed) making his collaborative directing debut with cinematographer/co-director Nicolas Roeg (Don’t Look Now), Performance is set in the waning days of the Swinging London era, circa 1968. Albeit, a shadowy, considerably seamier Londontown than one might associate with Twiggy or Austin Powers. (Performance was completed in 1968, but distributing studio Warner Bros. was so appalled by the results, they shelved it until 1970).


Dandyish Chas Devlin (James Fox) is an enforcer for genial protection racketeer Mr. Flowers (Johnny Shannon). Chas' inherently sadistic nature makes him a man happy in his work, but when his equally-inherent arrogance and temper lead to the death of a rival partner, he winds up running afoul of both his gangland employer and the police. Assuming the unwittingly self-aware persona of a professional juggler named Johnny Dean, Chas takes refuge as a roomer in a dilapidated Notting Hill townhouse owned and occupied by a retired, reclusive rock star named Turner (Mick Jagger), and his two bisexual bedmates: longtime paramour Pherber (a Delphic Anita Pallenberg) and boyish hanger-on Lucy (16-year-old Michele Breton).

Two (dis)similar men, tenant and landlord, both in hiding of sorts, under the same roof. One violent and aggressive, ever looking into mirrors and (too) quick to assert that he knows exactly who he is. The other, a nowhere man, an erudite “male, female man” creatively adrift after being abandoned by what he calls his inner demon. The uncurious Chas, certain he has landed in a madhouse ("It's a right pisshole. Longhairs, beatniks, fee-love, foreigners...you name it!"), simply wants to lay low while awaiting a fake passport and passage to America (Turner: "Place to go, isn't it, for gangsters?").

But for Turner, Chas holds a strange fascination. Recognizing a brethren showman and fellow mask-wearer behind the fastidious swagger (Chas is the Joan Crawford of mobsters), Turner endeavors to get into the gangster's head to find out why the turn-on of violence has always been life's crowd-pleasing, repeat engagement headliner compared to the turn-on of drugs, sex, and rock & roll. 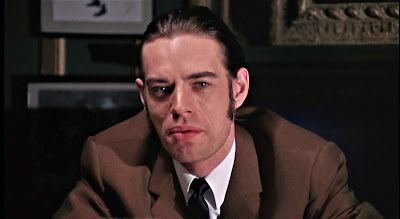 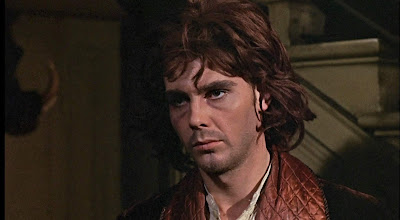 
A psychedelic head-trip whose themes of fragmented identity and malleable reality illuminate every frame, Performance gives the appearance of being a hallucinogenic enigma, but it's a film that knows precisely what it wants to say, its path and vision clear as crystal. From its dizzying opening montage, Performance establishes itself as a bombardment to the senses and assault on reality.
Hitting the ground running, it volunteers nothing in the way of explanation, exposition, or exits as it sets about dismantling linear notions of personality and identity in a startling tapestry of images and ideas. And it goes about it at breakneck speed, fairly daring you to keep up.

Contrary to its reputation for being impenetrable and opaque, Performance's plot is really pretty straightforward in and of itself (slim, even); it's in the telling where things take a headlong turn into crazy. With duality as its defining thematic and visual motif, everything about the look and feel of Performance—from its fluid representation of time (past, present, and future intersect kaleidoscopically) to its recurring patterns of mirrors and twinning—is linked to the concept that everyone and everything has its shadow and light, yin and yang.

Performance is the Doublemint Gum of head movies. A double your pleasure, double your fun mind-fuck expedition to the axis points of male/female, sex/violence, queer/straight. Virtually everything in this film is the mirror image of something else; a reflection viewed through a fractured prism that turns in upon itself and back around again.
Performance’s most ingenious application of dualism is in having the film itself—paralleling the arc of its two lead characters—structured as two separate movies that ultimately converge into one.
The first film is a brutal gangster movie about a preening East End hoodlum. The second is something like a stoner’s homage to Billy Wilder’s Sunset Blvd.; the recluse in this instance, a past-his-prime rock star (“He had three number ones, two number twos, and a number four!”) numbing himself with drugs and decadence. Their eventual convergence—a dive into the deep end of the magic realism pool—leads to the dreamscape collision of two separate worlds and the hallucinatory merging of two disparate men. 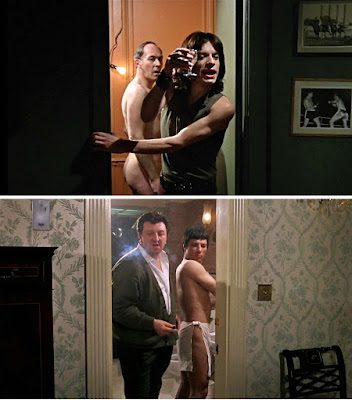 Making good on his desire to get into the head of his houseguest, the vampiric Turner assumes the dual role of mobster and rocker in Chas’ drug-fueled musical hallucination. A taunting ode to brutality, dominance, macho posturing, and their role in repressed queer desire. 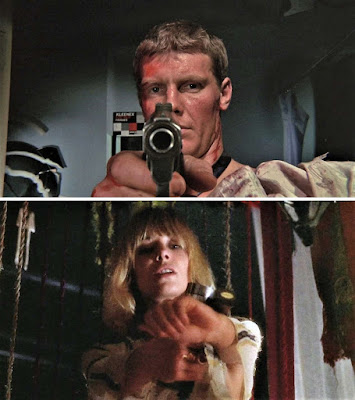 Chas and Ferber take aim. He with a gun, she with a movie camera. 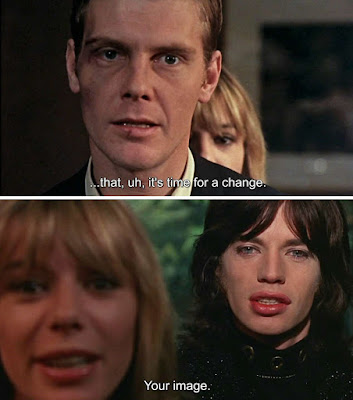 Identity and image. The watcher and the watched. Throughout the film, characters suddenly appear to be looking directly at us, addressing us and challenging our presumptive certainty that we have the slightest idea who's who, what's what, or can discern reality from fantasy.

THE STUFF OF FANTASY
Though Performance was not successful in its initial release, it has since gained the reputation of being the film that defined an era. And in many ways, that’s true. While Hollywood depictions of the '60s and hippie culture invariably leaned towards the absurd (Skidoo -1968) or exploitative (Angel, Angel, Down We Go – 1969), Performance distinguishes itself through its matter-of-fact depiction of bohemian drop-out culture, casual drug use, and libertine sex. Further anchoring it to the era is its visual style, which is reflective of the underground and experimental films of the day.


The life that Turner lives defines the epitome of the hippie ideal: no work; an independent income; a sprawling house overflowing with pillows, posters, and Moroccan accents; and nothing to do but spend the day screwing, getting high, listening to music, and reading Jorge Luis Borges.
But where Performance truly excels is in capturing the era's fascination with psychedelics and inner-exploration. The 1950s, with its emphasis on conformity and rigidly-defined gender roles, was the decade that professed to know all the answers. In direct contrast, the late-1960s was all about questions.

PERFORMANCES
Actor James Fox is no stranger to identity-crisis dramas. He first gained notoriety for The Servant (1963), which was another film about mind games and power plays carried out in a sexually cryptic arena. From the first time I ever saw him (1967’s Thoroughly Modern Millie), I’ve felt Fox radiated an appealingly ambiguous “Is he gay or just British” vibe that is put to good use in Performance. His finishing school take on an East End Cockney thug is as frightening as it is canny.


THE STUFF OF DREAMS
Being that I was 12-years-old in 1970, Performance’s scandalous reputation and gender-bending ad campaign were sufficient reasons for my parents to forbid me to see it during its original release. I was in my 20s when I saw it for the first time in a Los Angeles revival house.
What impressed me about Performance then is what I contend to this day; it is one of the rare examples of a genuinely startling film. Not shocking in terms of explicitness, but audacious in the uniqueness of its personal vision and so very unlike anything I’ve ever seen. And I gotta say, seeing it now on Blu-ray with the much-needed assist of subtitles is like discovering the film anew. 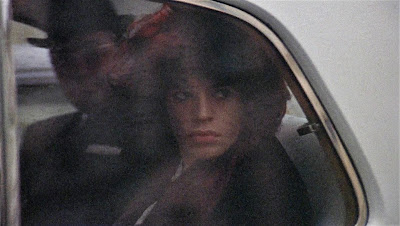 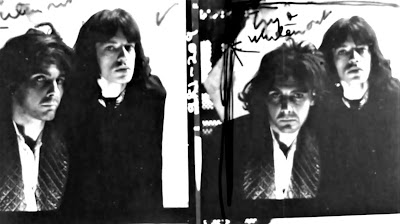 Documenting Decadence and Debauchery
In the short film from 2016, actor James Fox and Performance producer Sandy Lieberson discuss photographer Cecil Beaton and his visit to the set in 1968. Watch it HERE.