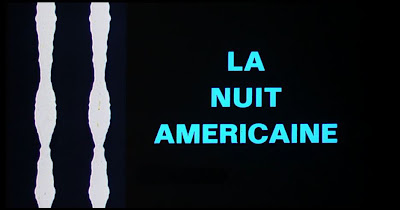 I really love movies, but films about the making of films tend to pose their own unique brand of problems for filmmakers.
For one, the process of  making films is so fragmented that it doesn't easily lend itself to gripping cinema. Quick bursts of frenzied activity book-ended by long stretches of people sitting around while carpenters, painters, and electricians ply their trade isn't exactly fodder for edge-of-your-seat entertainment.


Secondly, no matter how high the stakes are ratcheted up for dramatic purposes (delays, budget cuts, tantrums, infidelity, accidents, natural disasters, death), it's hard not to make moviemaking come across as little more than elaborate dress-up and make-believe...or worse, the non-essential work of over-privileged individuals in a rarefied environment. In spite of how large the entertainment industry looms in our culture, there's no getting past the fact that in the grand scheme of things (and compared to the work of teachers, surgeons, law enforcement, and fire professionals), making movies doesn't seem all that important. Whenever the plot presents an obstacle threatening to shut down a film within a film, the more impassioned the characters' reactions, the more apt we in the audience are likely to think, "It's just a MOVIE for chrissakes!" A real killer to audience involvement.

Lastly, those who endeavor to make films about moviemaking are inevitably faced with a Catch-22: play up its obvious appeal (the excess, glamour, and unearned cultural privilege; the ugly guys with access to impossibly beautiful women; the insane amounts of money spent and wasted) and you ignite audience resentment. Emphasize the art vs. commerce conflict; the hypocrisy, greed, and compromise, and you create a world inhabited by people the audience couldn't care less about. You can't win!

Ever narcissistic, Hollywood has been making films about itself since the days of the silents, but it took French New Wave director François Truffaut to make what I consider to be the best film I've ever seen about filmmaking, Hollywood-style, with 1973s Day for Night.


Perhaps what all those other films needed was the kind of distancing perspective offered by this, Truffaut's thoroughly delightful valentine to cinema. Set in a small studio in , Day for Night is almost Altman-esque in its gentle look at the intersecting  lives, personalities, and conflicts involved in the making of an utterly unremarkable  melodrama titled, "Meet Pamela."
The shooting of a formulaic film in the old-fashioned, studio-bound style that was fast growing obsolete in the '70s, affords Truffaut the opportunity to pay loving homage to American movies and the directors who influenced him in his youth. Correspondingly, he offers film fanatics like me an endearingly idealized portrait of the job of making movies that fuels my still-in-need-of-nurturing romantic notion that films are made by and for the dreamers of this world.


WHAT I LOVE ABOUT THIS FILM
As a movie geek and fan of Robert Altman's ensemble films, Day for Night has built-in appeal for me merely due to its premise: a character-based, insider view of the world of moviemaking, from the first day of shooting to the wrap. Whereas Altman would have used it as an opportunity for character assassination and a chance to grind his anti-Hollywood axe (love Altman but never enjoyed 1992's sour The Player), Truffaut is like a host giving a tour of his home and introducing us to his family. The tone is lightly comic, sincere, and loving, with Truffaut poking affectionate fun at the individuals who make it their life's work making fantasy look real. With its ups and downs and myriad problems (director Ferrand/Truffaut never even finds much rest in sleep), it's obvious that there is nothing else in the world that he'd rather do.

Understandably, everyone who sees Day for Night falls instantly in love with Valentine Cortese's superb performance as the insecure leading-lady, Severine. The sequence in which the increasingly flustered actress flubs take after take of a scene due to two troublesomely similar doors, is deservedly one of film's highlights. As for me, the first time I saw the film the strongest impression I came away with was a heavy-duty crush on François Truffaut. With his charmingly receding hairline, matinee idol profile, soft-spoken, sweet-natured, manner (he even wears a tie to work!), he was like the Dr. Kildare of directors to me.
Brilliant, dedicated and patient, yet never less than 100% in control, Truffaut's Ferrand was my romanticized ideal of what a movie director should be:  an intelligent and sensitive artist with a respect for his craft and his actors. (I look at what pass for directors today and find little to admire. The Brett Ratners, Quentin Tarantinos, and Eli Roths not only look as though they'd fallen several rungs down on the evolutionary ladder, but often behave accordingly.)

THE STUFF OF FANTASY
Truffaut, a student of Hitchcock and masterful storyteller in his own right, really brings a sense of fun to the manner in which he introduces the viewer to the closed-off world of filmmaking. By treating it as merely the day to day work of a group of professionals in a specialized field, he achieves what I most admire in art and poetry of any kind...he makes the mundane look extraordinary.
Aware that the vast majority of the population has no idea of how the films that have infiltrated their fantasies and culture are actually made, Truffaut is like a magician revealing the tricks of the trade. But whereas a magic trick is spoiled when the smoke clears and the mirrors are exposed, Truffaut somehow makes the job of moviemaking appear more magical and fantastic with each behind-the-scenes detail he pulls out of his hat. Indeed, a recurring visual motif in Day for Night is to have scenes end with a pre-fade-out "reveal" disclosing some unexpected plot point or character revelation. The device recalls the "Voila!" moment of a magic act.

I've been a fan of film for as long as I can remember, yet after all these years, movies still have the power to feel like magic. Clueless as to how an actor achieves something along the level of Heath Ledger's performance in , it feels like a form of magic to me. Unable to wrap my mind around how Roman Polanski, a director in his late 70s, continues to make films so sharp and surprising...that feels like magic to me. That the images in Darren Aronofsky's Black Swan were able to move me alternately from goose bumps to tears; that is magic.

A film like Day for Night comes from a place that understands that movies get under our skin and become parts of our lives, and are therefore worthy (even in the acknowledgement of their sometimes prosaic gestation) of being regarded as art. Collaborative, sometimes compromised art, but art capable of inspiring in us the kind of passion that the late, great François Truffaut never seemed to have lost.
Copyright © Ken Anderson
Posted by Ken Anderson at 2:46 AM