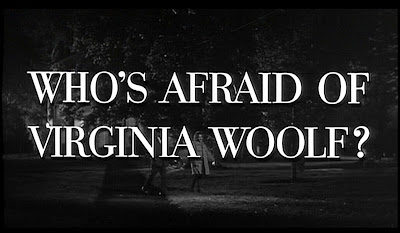 "'Tis the refuge we take when the unreality of the world sits too heavy on our tiny heads."


The above statement, spoken half in jest (and in a Barry Fitzgerald accent) by a subdued, down-cycle, Martha (Elizabeth Taylor) in a brief moment of introspective lucidity, is proffered as a response/admission as to why she and husband George (Richard Burton) seem only to relate to one another through cruelly sadistic games of "truth and illusion."


This surprisingly self-aware avowal of the role illusion and willful self-deception play in tent-posting lives of disappointment and regret not only sums up the plot of Who's Afraid of Virginia Woolf?, but, especially noting the ironic use of the word "unreality" in the quote, could also serve as an explanation for my own lifelong fascination with, and attraction to, film.


Edward Albee's provocative, 1962 Tony Award-winning stage play was adapted into a censorship-shattering motion picture in 1966 by Broadway wunderkind Mike Nichols. Of course, back then the big attraction wasn't the male half of the famous comedy team of Mike Nichols & Elaine May making his film directing debut. It was the casting of 's number one power-couple—Elizabeth Taylor and Richard Burton— and the unlikelihood that one of the most beautiful women in the world could be convincingly transformed into the dowdy, middle-aged harridan of Albee's play.
Who's Afraid of Virginia Woolf?, a 2 hour-plus acid bath of personality assassinations and psychological manipulation trussed-up as a cocktail party, was just one of the many age-inappropriate films I saw on Saturday afternoons with my sisters at the local movie house when I was growing up. The year was 1967 and the neighborhood theater was The Castro in (back then the district was still referred to as and the area was mostly home to a multitude of hippies).


Back in those pre-shopping mall days, I suspect the only peace our recently-divorced mom ever got was when she could ship us all off to the movies on Saturday afternoons, not caring a whit about what was playing, just so long as it kept us out of the house and off the streets until she came for us at 4pm. On the occasion of Who's Afraid of Virginia Woolf?, my eldest sister (16 to my 10 years) was apparently all the "mature adult" accompaniment the theater required to grant us access to a film none of us had any chance in hell of understanding.


Well, I did understand one part. The yelling. 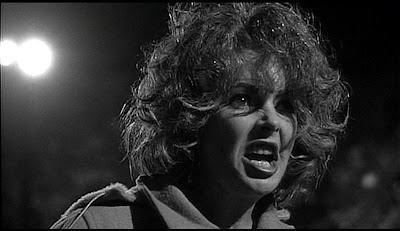 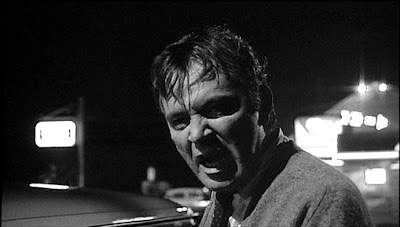 Who's Afraid of Virginia Woolf? is about one enormously volatile evening in, by all appearances, the ceaselessly volatile lives of George and Martha. George, an associate professor of history at a small college, and Martha, the college president's daughter, have been persuaded this night to play night-cap host to the college's newest arrivals: Nick, the newly appointed biology teacher, and his constitutionally delicate wife, Honey. George and Martha, who are 20 years senior to their unsuspecting guests, share a complex relationship of dispiriting affection poisoned by years of acrimony and self-loathing. As a kind of coping mechanism and walking postmortem of their marriage, the elder couple engage their guests in an intricate game of personal attacks and verbal assaults designed to keep real feelings at bay and to mask the real unpleasantness of their existence.
As an adult, my partner and I have spent more than our share of squirmy evenings playing Nick and Honey to some sparring couple's George and Martha, but as a kid, the only thing I could relate to in Who's Afraid of Virginia Woolf? was the yelling. As my parent's preferred mode of communication with one another prior to their divorce, it was familiar enough to me to at least make the characters in the film recognizable. But beyond that, I can tell you I really had no idea of what was going on.


Nor should I have, at that age. Who's Afraid of Virginia Woolf? is pretty sophisticated stuff for even adults to wrap their minds around.﻿﻿﻿

I remember my disappointment in discovering that Who's Afraid of Virginia Woolf? was not, as I had hoped, a horror film along the lines of Whatever Happened to Baby Jane? An easy enough conclusion to jump to given the sound-alike title and the scary-looking poster art that carried the (ineffectual) warning: No one under the age of 18 will be admitted unless accompanied by a parent.


When, in later years, I came to revisit Who's Afraid of Virginia Woolf?, it was as though I was watching the film for the first time. Just a little bit of life experience helped to bring all of Edward Albee's agonizingly perceptive observations into sharp relief. I not only got it, but felt so moved by the daringly theatrical means by which Albee dramatized this simple truth: to live one's life free of illusions is perhaps the most terrifying thing of all.

WHAT I LOVE ABOUT THIS FILM
It would be difficult to overstate the qualities that Wexler's expressive black and white cinematography brings to Who's Afraid of Virginia Woolf? In these days of HD it's even more breathtaking than ever. What an amazing array of gray tones and shadings! 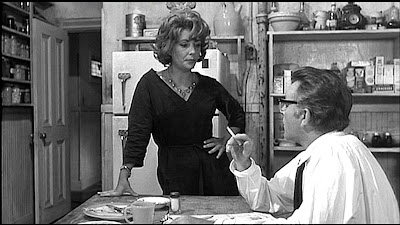 PERFORMANCES
I was never much of a fan of Elizabeth Taylor in my younger years. Her unavoidable presence on the cover of every movie magazine (recounting marital problems, movie-star extravagances, and countless trips to the hospital) soured my impression of her as any kind of serious actress. I never thought of her as much of a beauty, either, as she always reminded me more of a less frumpy Ethel Mertz than one of the most beautiful women in the world. The turning point in my attitude towards came in 1989 when I had the opportunity to see Glenda Jackson (an actress I absolutely idolized) in a production of Who's Afraid of Virginia Woolf? directed by Edward Albee himself. Fond of the film version, I was not exactly persuaded by 's performance. Now was a chance to see what a "real" actress would do with this marvelous character.
Well to put it bluntly, Ms. Jackson was terrible. She just seemed to miss everything that was vulnerable about Albee's Martha, and (surprising to me) was unable to muster much passion behind her tirades. As the evening wore on, Elizabeth Taylor's performance began to loom largely and impressively in my memory, and by the time the curtain came down, I was convinced that I had given Elizabeth Taylor a bum rap all those years. ﻿﻿

I've seen a great many Elizabeth Taylor films since then, and not only do I now consider her to have been truly one of the great beauties of the screen, but I feel that her looks and off-screen exploits have clouded many a fair assessment of her talent. I like her a great deal now, and when I look over some of the films I'd once dismissed, I recognize that Taylor was one of the rare ones: a movie star who was also a compelling actress. Her choice of roles may have been spotty, but she was something the likes of which we're not apt to see again, EVER.


THE STUFF OF FANTASY
It must have been quite a voyeuristic thrill for fans of and to see the famously hard-drinking, combative couple, playing a hard-drinking, combative couple onscreen. And indeed, there is something about their easy rapport and effortless chemistry here that is never duplicated in another film. I particularly like those small moments where George & Martha reveal their deep affection for one another, and how they lapse into familiar patterns of easy cohabitation between the shouting matches. Perhaps all we're seeing is the dysfunctional mutual appreciation of two people who've found in each other, a worthy adversary, someone who can keep up with the game, but its a layer added to the characters that serves to soften the pain of their near non-stop body blows. That neither Taylor nor Burton plays their roles "one-note" - allowing for flashes of tenderness between the bursts of vitriol - is what makes this film such a standout for me.
THE STUFF OF DREAMS

The grace of all art is its ability to find the poetry in the ordinary and  prosaic. As I stated earlier, I grew up around a lot of yelling in my family, and along with lacking anything resembling a poetic thrust, it lacked a sense of danger to me. I was used to it and I thought that was how all people who loved each other communicated. Growing up, I identified with comedies and dramas of familial discord to a disturbing degree. (I was a big fan of Tennessee Williams and those "Eunice" segments of the old Carol Burnett variety show. It was only in later years that I came to recognize that that WAS my family.)
As it turns out, my partner of 16 years was raised in a household where his parents talked and discussed things and never allowed him to see them yelling at one another. So, as you might guess, our first viewing of Who's Afraid of Virginia Woolf? together was almost traumatic for him. Even to this day he really can't take the endless shouting and mean-spiritedness, so this is one film I love that I usually enjoy alone (all the better, because I'm often crying like a baby at the finale).
What's wonderful is that in our years together, my partner has helped me to see that yelling is not the way that healthy people express love, and I've since learned to appreciate histrionic drama where it belongs, on the screen and on the stage, but not in my life.
Who's Afraid of Virginia Woolf? may not be everyone's taste, but it's a beautiful film. Mike Nichols and everyone involved did a marvelous job. If you have the stomach for it, Who's Afraid of Virginia Woolf? is a deeply affecting look at explosive emotions that you get to view from a relatively safe distance.