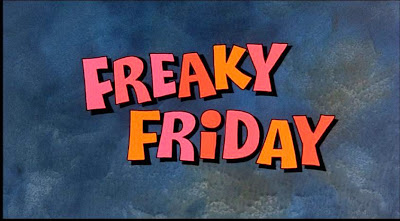 What's up with movies for girls and movies for boys? Even legitimate critics habitually resort to using the pejorative "chick flick" label, attributing gender traits to movies as though film reels came swaddled in pink or blue blankets. When I was growing up there was this series of annoying TV commercials about a deodorant made for women, each a variation on the same cloddish, B.O.-challenged husband foolishly reaching for a deodorant, only to have it intercepted at the last moment by a scolding wife reminding him that this particular sweat neutralizer was intended exclusively for the fairer sex. The latter delivered in a piteously supercilious tone which screamed, "You may have more lean muscle mass, superior earning potential, and are favored in a patriarchal society, but I have this deodorant!"

Advertisers need to perpetuate false distinctions to sell more of their product (one deodorant formula—throw in a bit of scent and slap a daisy on the packaging—voilá, a deodorant for women!), but unless we're talking about Vin Diesel movies, films are about human beings. The human experience is universal, not gender-specific, and there is much to be learned from films about either sex.
The first and best in what would later develop into a trend of identity-switch comedies, Freaky Friday is about a contentious mother and daughter who magically trade places for one calamity-filled day. As each gets to see the world through the other's eyes, a mutual respect grows which sweetly translates into a renewed appreciation of self and the people in their lives. Unlike the stale 2003 remake that needlessly piled on the subplots, this version has the smarts to simply mine the situation's vast comic potential, and steps politely to the side, relinquishing the floor to Harris and Foster.
Advance publicity for Freaky Friday so played up its appeal to its target audience (pre-teen girls) that, despite the presence of a hot-from-Nashville Barbara Harris and the everywhere-at-once Jodie Foster (she had five films in release in 1976, most significantly, Martin Scorsese's Taxi Driver), I summarily dismissed it. This in spite of the fact that I adored both actresses. But, like those old deodorant ads, everything about its publicity screamed, "This movie's not intended for you!"


Leap ahead ten years, and by way of a rented VHS, I finally see Freaky Friday and immediately fall in love with it. Had I seen it in '76, it easily would have been one of my favorites. A surprisingly smart and laugh-out-loud funny film that ranks among the best comedies of the 70s. Who knew? A non-stop barrage of generation-gap gags and silly stunts, plus an impressive supporting cast of familiar character actors, Freaky Friday is like Disney’s answer to Bogdanovich's What's Up, Doc? and the films of Mel Brooks.

Veteran TV director Gary Nelson (Get Smart, The Patty Duke Show, Happy Days) and screenwriter Mary Rogers (author of the source novel) serve up much of the same white-bread suburban comedy that typified Disney's live-action outings, but instead of the beige blandness of a Dean Jones or Kurt Russell, Freaky Friday is blessed with (and saved by) its two enormously idiosyncratic stars. Harris, one of the screen’s great unsung comedy geniuses, is particularly good. An actress with the sexy/kooky unpredictability of Madeline Kahn combined with the manic agility of Gene Wilder, she’s a true comedy original. 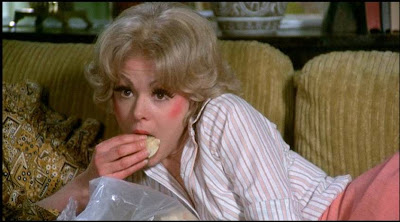 WHAT I LOVE ABOUT THIS FILM
Freaky Friday has the most amazing supporting cast!
PERFORMANCES
It's hard to imagine how anyone could have anticipated how well the agreeably opposing comedy styles of Barbara Harris and Jodie Foster would mesh. Foster, who was only 13 at the time, is not much of a physical comic, but she's an exceptionally intuitive actress with a comedian's gift for mimicry. When the tomboyish Annabel switches bodies with her mother, Foster's taking on of an adult persona extends beyond a broadened vocabulary. Employing that slightly starchy quality that would later characterize much of her adult work, Foster, as the child/adult Annabel, seems to rise in stature, her carriage conveying a controlled adult's exasperation in the face of the absurd. 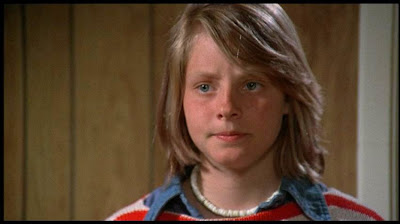 By way of contrast, Barbara Harris' transformation from Mrs. Andrews to Annabel is a thoroughly physical and mental transformation that dispenses with any attempt to mimic Foster's characterization in any way. Rather, Harris' farcically elastic performance is more a reflection of Annabel's liberated spirit. Harris plays a teen trapped in an adult's body like a child let loose in a playground. Annabel is marveling at the freedom that comes with her newfound body (which is free of baby fat, gawkiness, and braces) and is fairly intoxicated by it. It makes complete sense that Annabel in her mother's body would be looser, loopier, and far more physically expressive than the plodding teen we saw earlier. Barbara Harris, with her expressive body, would make for a delicious silent-screen comedian, but given her delightfully wacky sense of timing with the comedy dialog, who would want that? Together, Foster and Harris create the perfect blend of hilariously active and reactive comedy that makes this film work. 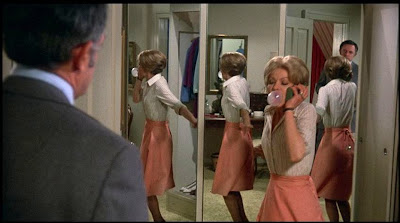 The tone of the film is perfectly set by the cute-as-all-getout animated title sequence and its catchy theme song, "I'd Like to Be You for a Day." The song, written by Al Kasha and Joel Hirschorn. (the team that gave us the love themes from both The Poseidon Adventure and The Towering Inferno) is sung by a woman and a girl. The woman sounds a lot like Broadway-trained Barbara Harris, but despite IMDB claims, there's no way in hell that the high, piping voice of the little girl belongs to Jodie Foster. Even on helium.
THE STUFF OF DREAMS

I've never been much of a fan of the way that Disney films, under the guise of providing "family" entertainment, seemed to willfully hold back the hands of time and operate in an air of head-in-the-sand detachment from the real world. By 1976 the antiseptic, all-white, Leave it to Beaver kind of neighborhood featured in Freaky Friday may have held nostalgic appeal for some, but to me it verged on the witless and indifferent. What saves Freaky Friday from being a creaky, wish-fulfillment timepiece is how tiny flashes of wit and touches of the off-beat peek through.
Freaky Friday: a kid's movie that's smarter and more perceptive than most comedies aimed at adults; a movie for preteen girls that has a universal message about respecting yourself and others; and a Disney movie with the lunatic comic anarchy of a Mel Brooks comedy. Hmmm...seems like when it comes down to it, labels are no more effective with films than they are with people.