While America waited with bated breath to read on IMDB the latest update of Iron Man 3's global boxoffice performance, or learn the details of Lindsay Lohan's most recent rehab plans; on Wednesday, May 8th, with little mention by the American entertainment press, director Bryan Forbes passed away at age 86.

The British-born director who made a splash with his first film, Whistle Down the Wind (1961) passed away at his home in Surrey, England after a long illness. Although never as well-known to American audiences as fellow countryman Alfred Hitchcock, Forbes nevertheless achieved a kind of anonymous Hitchcock-ian immortality with the original film adaptation of Ira Levin's The Stepford Wives (1975). A film not well-received upon release, but now a genuine full-tilt, cult hit. It's also a movie that ranks among my all-time favorite motion picture thrillers.

Forbes is also responsible for the terrifically chilling Séance on a Wet Afternoon (1964), an atmospheric minor classic of suspense that I discovered only recently, but has joined the ranks of beloved favorites.

If you're unfamiliar with the director's work, I encourage you to check out the titles: The Whisperers (1967); The L-Shaped Room (1962); the charming Cinderella musical, The Slipper and the Rose (1976); King Rat (1965), or The Madwoman of  Chaillot (1969). Although I only recommend the latter to die-hard fans of Katherine Hepburn or the dashing (even in a turtleneck) Richard Chamberlain.

In honor of Bryan Forbes' passing, click on the titles below to read my more extensive, previously-posted blog essays on the films The Stepford Wives and Séance on a Wet Afternoon: 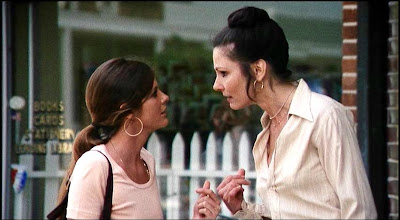 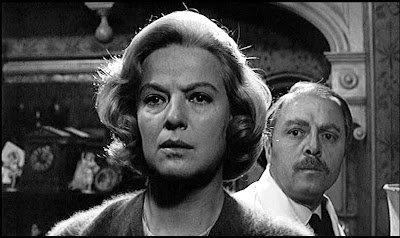 My tribute to the late Bryan Forbes on Moviepilot:
Bryan Forbes, director of the classic 70s suspense thriller, The Stepford Wives dies at age 86

To read Mark's Random Ramblings on the career of Bryan Forbes from a genuine British bloke's perspective, click Here.